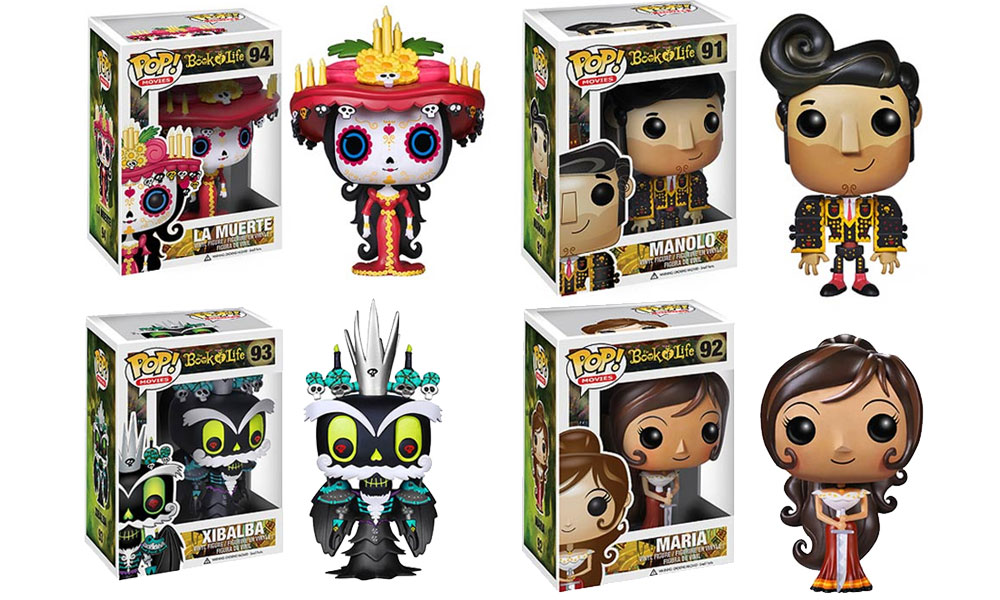 The Book of Life is an American 3-D computer-animated film produced by Reel FX Creative Studios and distributed by 20th Century Fox. Written and directed by Jorge Gutierrez, it features the voices of Channing Tatum, Zoe Saldana, Diego Luna, and Christina Applegate. The film depicts the journey of Manolo, a young man torn between fulfilling the expectations of his family and following his heart. Before choosing which path to follow, he embarks on an incredible adventure that spans three fantastical worlds where he must face his greatest fears.

The Manolo Pop! Vinyl Figure features the protagonist of the film with his Elvis-esque hair curl and Matador-style outfit. Rendered in Funko’s fantastic Pop! Vinyl Figure format, this awesome figure of Manolo is incredibly intricate! The Xibalba Pop! Vinyl Figure features the spiritual character from the movie measuring 3 3/4-inches tall. This nifty figure of Xibalba looks absolutely awesome – if not a bit spooky! 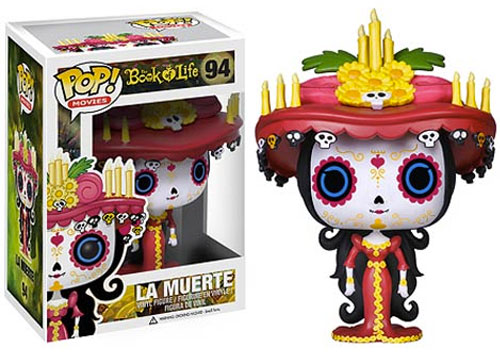