Doctor Who Cutlery Set Lets You Dine with Time 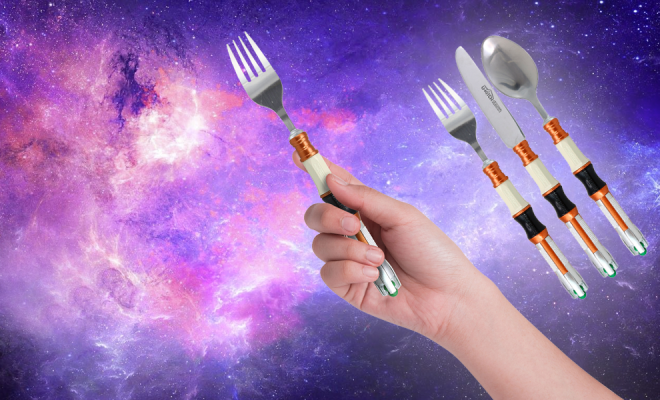 Geronimo! Underground Toys continues their fantastic line of Whovian housegoods with this Doctor Who Cutlery Set.

Dine like the Doctor with this fantastic cutlery set. Or at least, dine like he would if he had the ability to pick up these great pieces of cutlery. Maybe he already has; the TARDIS isn’t exactly track-able. Use your Sonic Knife to spread butter on your morning’s toast. Enjoy some wibbley-wobbley cereal with a Sonic Spoon. And, much like the Sonic Screwdriver itself, a Sonic Fork comes in handy for all manner of activities.

Who would give up the chance to travel through time and space? If the TARDIS showed up, anyone would take that chance. Until the TARDIS arrives, however, dine like a Time Lord with this cutlery set modeled after the Eleventh Doctor’s Sonic Screwdriver!

The Doctor Who Cutlery Set is currently available to order.