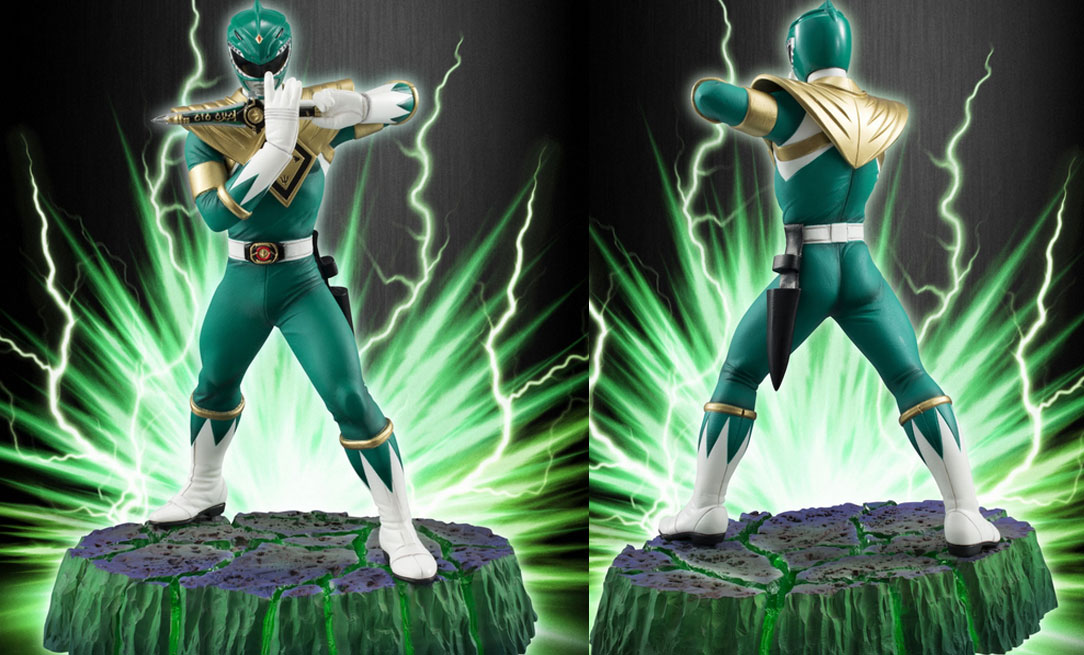 Green Ranger is impressively posed, holding his trusty Green Dragon Dagger as a flute just as he summons the mighty Dragonzord! This phenomenal statue measures approximately 7 inches tall. He is the first Ranger to make his debut in the Figuarts Zero statue series, portrayed in splendid detail from his armor down to the vivid green coloring in the dynamically cracked earth display base.

The Green Ranger (a.k.a. Tommy Oliver) was enchanted by the evil witch Rita Repulsa and commanded to destroy the Power Rangers. Tommy is given the Dragon Dagger, which can be used to summon the mighty Dragonzord. By playing the dagger like a flute, the Green Ranger can call upon the power of the Dragonzord to destroy the Power Rangers and their guardian Zordon.

The Power Rangers Figuarts Zero statue line is imported from Japan and produced by Bandai Tamashii Nations. These highly detailed statues are based on characters from the classic television series Mighty Morphin’ Power Rangers.