Buddy Christ and Mooby Are Here to Play Monopoly

Do not pass go, do not collect $200 until you play this epic version of the classic game: Jay and Silent Bob Strike Back Monopoly!

This is the first board game based on a Kevin Smith movie and it’s going to be big! Fans will love the game details incorporated from the film. The board features art and locations from the movie as well as themed Chance and Community cards.

And what would Monopoly be without custom game pieces? This collector’s edition features six: Buddy Christ, Mooby, Film Reel Can, Cocknocker’s Fist, Bluntmobile, and Suzanne. So claim your favorite now! (For the record, we all know the top hat is the best original Monopoly piece.)

Kevin Smith has been making movies since the 1990s, and he gained a cult following early on with his first film Clerks (1994). Spinning off the success of the two eponymous characters from Clerks, Smith put out Jay and Silent Bob Strike Back in 2001.

Are you excited for this brand new version of Monopoly? Do you have a favorite piece already? Let us know in the comments! 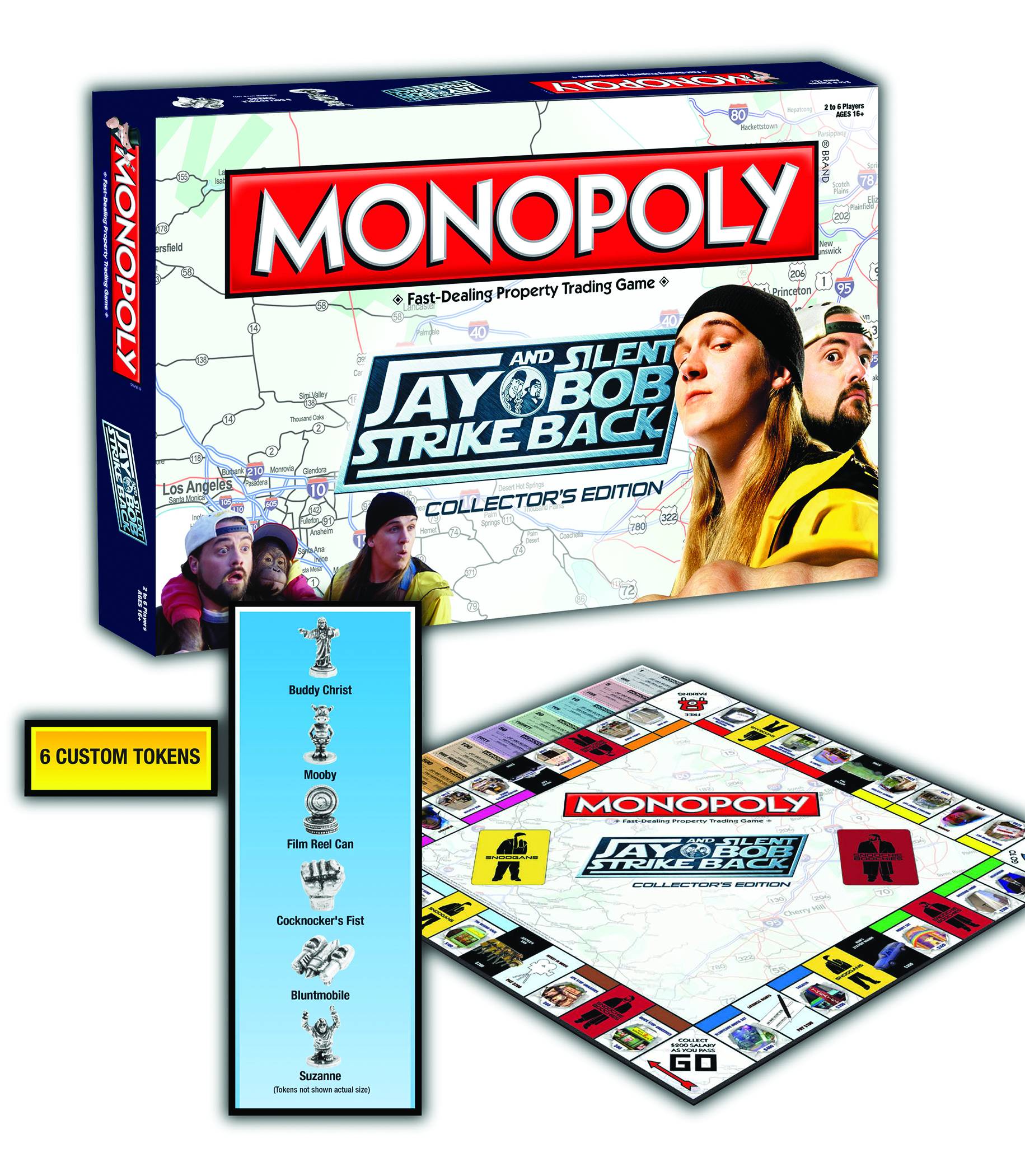 Collectibles Fun Collectibles
Related ItemsJay and Silent Bobjay and silent bob strike backKevin SmithMonopoly
← Previous Story Find Out Which DC Superhero Got a New Makeover
Next Story → These Pop! Vinyl Figures Are Much More Evil Than They Look