Find Out Which DC Superhero Got a New Makeover 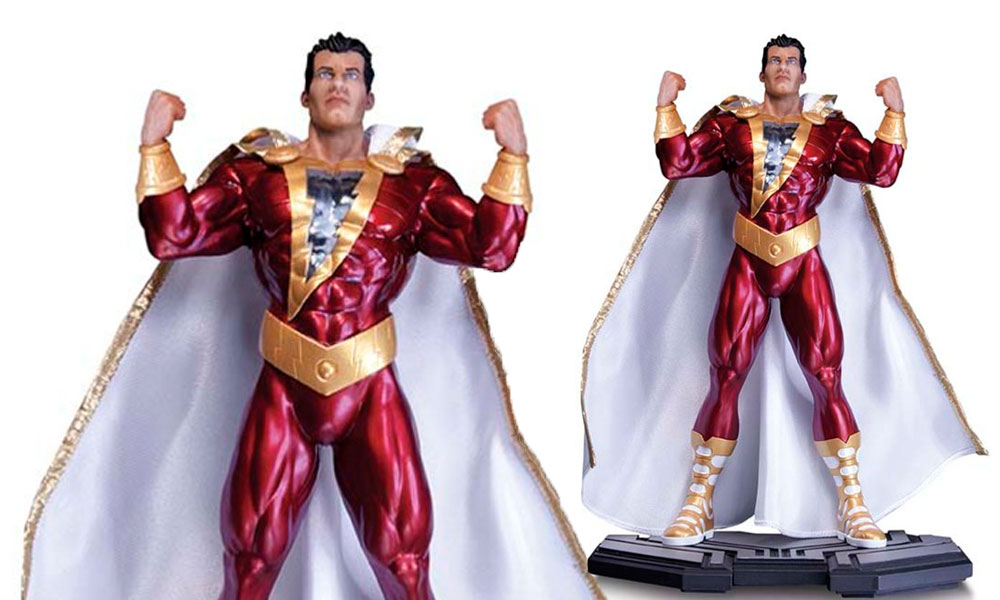 The stunningly detailed statue features Shazam’s New 52 look with a 10 1/4-inch tall statue. Sculpted by Adam Ross, this statue continues the DC Comics Icons statue line and is a limited edition of only 5,200 pieces. The sheen on the paint deco is matched in coolness factor only by his power stance.

Shazam, also known as Captain Marvel, becomes the super-powered being with the Wisdom of Solomon, the Strength of Hercules, the Stamina of Atlas, the Power of Zeus, the Courage of Achilles, and the Speed of Mercury. Shazam must use his powers to save the world from Black Adam.

This detailed statue is currently available for pre-order at Entertainment Earth and is scheduled to arrive in July 2015.