Your Favorite Browncoats Get the Legacy Treatment 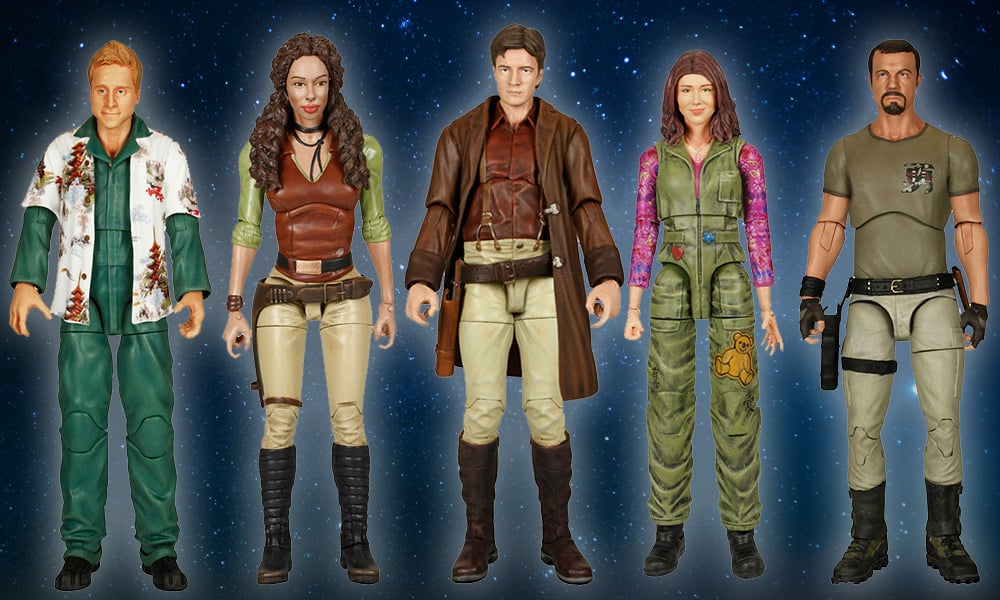 Everything’s shiny, Cap’n, not to fret!

Hey Browncoats, it’s time to get excited because Funko just unveiled their Firefly Legacy Collection Action Figures! This crew is just too gorram pretty to die, so instead they’re getting the Legacy treatment!

The beloved Browncoat Mal Reynolds brings his crew into the Legacy Collection. He wears his signature brown coat, red shirt, and knee-high boots. His face is solemn, considering the best course of action for his crew. He comes with two weapon accessories. After all, a smuggler’s got to protect himself somehow.

Muscle man Jayne Cobb won’t be seen without a weapon in hand – not even as a Legacy Collection action figure! He wears his usual clothes but comes with a veritable arsenal, two guns, an extra clip, and even a dagger.

The Kaylee Legacy figure has Jewel Staite’s sweet smile as she wears the iconic green coveralls, complete with teddy bear patch. She also wears her pink flowery shirt and comes with a wrench so she can repair the engine at any given time.

Husband and wife team Hoban “Wash” and Zoe Washburne also join the Legacy line. Wash wears his green flight suit and floral print shirt. And, since this is a fertile land (or is it your grave? Mwahaha!), he comes with two dinosaur figures. Zoe wears her classic leather vest with her curly hair cascading down. She comes with two weapons, ready for action as the captain’s right hand woman.

The crew is currently available for pre-order at Entertainment Earth, slated for arrival in May 2015.