The world’s favorite detective has emerged from the fog with the Sherlock Titans 221B Baker Street Collection!

This collection features fan favorite characters from the BBC’s hit series Sherlock, based on Sir Arthur Conan Doyle’s Sherlock Holmes but updated for the modern generation. Each figure measures about 3-inches tall and comes in blind box packaging.

Each stylized vinyl figure showcases the character’s likeness from the show in recognizable outfits. Sherlock Holmes and John Watson are available in and out of their coats. Moriarty is available in a suit or in the crown jewels.

In addition to these 12 characters, there are 4 hidden chase figures to collect. Happy hunting!

This sleuth and his compatriots are currently available for pre-order at Entertainment Earth, with a scheduled arrival in September 2015. 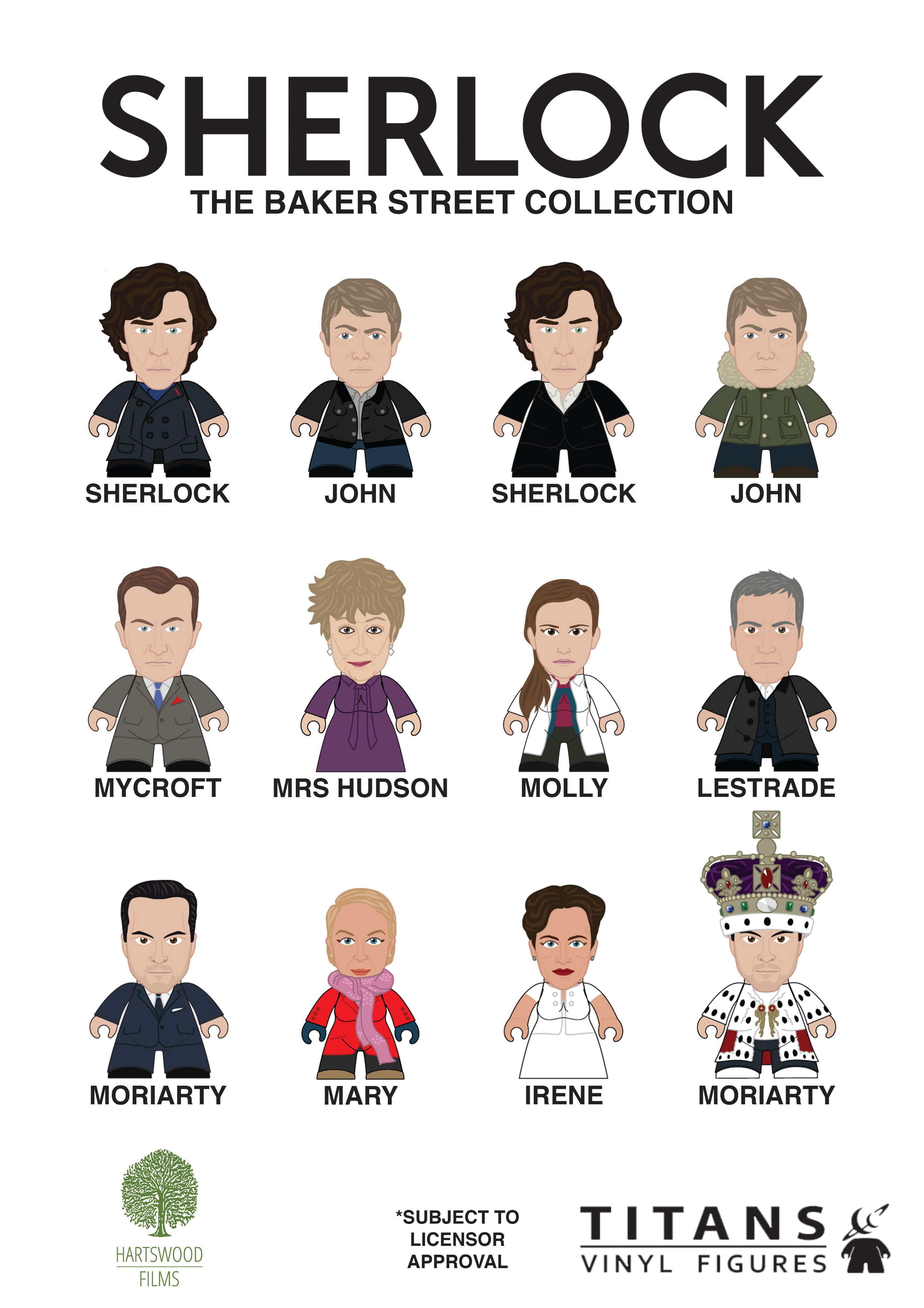