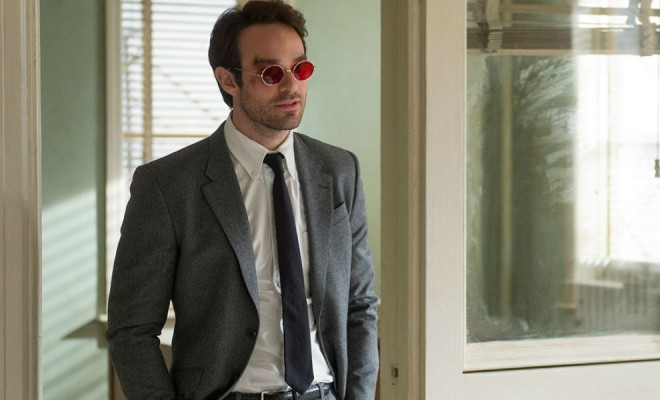 There’s only one more month until Marvel enters the world of Netflix and Daredevil’s 13-episode series premieres!

Marvel and Netflix released a second trailer for the series, which you can watch below, not long after the first one.

There are a lot of interesting parallels between the trailers. While the first one focused on Matt Murdock a.k.a. Daredevil (Charlie Cox) and his quest to make Hell’s Kitchen a better place, the first half of this trailer is about Wilson Fisk a.k.a. Kingpin (Vincent D’Onofrio), one of the most dangerous and notorious crime lords in the Marvel Universe. He, too, expresses a desire to make Hell’s Kitchen a better place, which pits him against Daredevil.

Both characters have entirely different approaches to making their city better, which makes for an exciting head-to-head dynamic.

The second half of the trailer gives us a look at how Matt becomes Daredevil and adapts to being blind from childhood. The use of sound in the trailer is fascinating. It’s a great way to show how he uses his other senses.

We get a better glimpse of Foggy Nelson (Elden Henson) and Karen Page (Deborah Ann Woll).

This is the darkest and most violent of Marvel’s live-action enterprises, which makes Netflix a good platform to have this series. It also makes sense for The Defenders, who are primarily street-level heroes.

What do you think of the trailer? Do you like the dark and violent tone Marvel is taking with the series? Let us know in the comments!