Which Major Character Was Killed Off in Teenage Mutant Ninja Turtles #44? 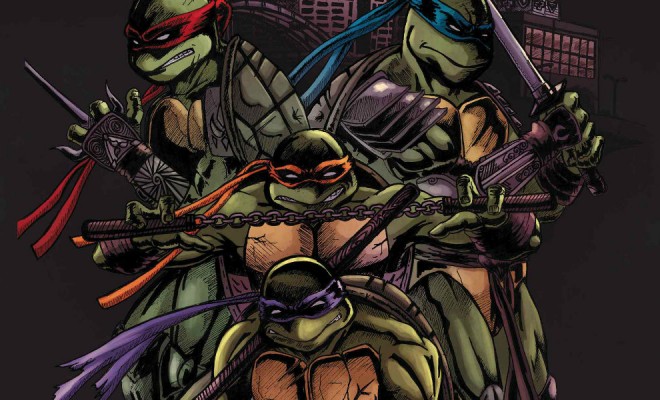 In a battle with Bebop and Rocksteady, Donatello was killed.

His brothers, Leonardo, Raphael, and Michelangelo were on a mission to stop Krang from terraforming the planet. Donatello was at the home back when Bebop and Rocksteady arrived. Shredder had commanded that they kill Donatello if something should go wrong and, of course, something did.

While Donatello put up an admirable fight, it was Rocksteady’s blow to his shell that determined his fall. The pages, which you can view below, are truly harrowing.

Angel Bridge confirms his death in the issue, saying: “I swear, we tried to help him, Leo. But… But it was too late.”

Writers Tom Waltz and TMNT co-creator Kevin Eastman wanted to focus on grounding this series. This violent choice seems to be part of that.

Anything is possible in comics and hopefully this won’t be the last for Donatello but for now we can mourn his loss.

What do you think of this development? Do you think this is really the end for Donatello?