Our Favorite Cosplayers at WonderCon 2015 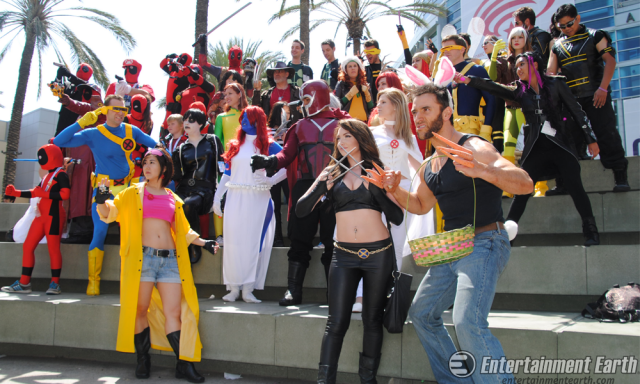 Anaheim was home to thousands of fans this weekend for the annual WonderCon convention, put on by Comic-Con International at the Anaheim Convention Center.

From Disney to comic books, WonderCon saw cosplayers of every level strut their stuff. And when I say every level, I mean it! Impressive armor builds, articulated wings, full fursuits, elaborate princess gowns, masked crusaders, spandex superheroes, and more could be found in downtown Anaheim.

I was lucky enough to attend and catch some of these extremely talented individuals in all their costumed glory. Check out the gallery below to see some of my favorite cosplayers from this weekend.

One particularly exciting group was the Big Hero 6 group that won Best in Show during the Masquerade. They had the whole team in armor: Wasabi Ginger, Go Go Tomago, Honey Lemon, Fredzilla, Armored Baymax, and even the cosplayer known as MiniBobaFett as an adorable Hiro Hamada.

Alexandria the Geek, who cosplayed Honey Lemon in the aforementioned group, was thrilled to share their group’s love of the characters with the convention: “Cosplaying for me, is about being complete nerds with my cosplay family. . . Winning best in show in the masquerade was a perk! I was just so excited to be goofing around with friends and making people laugh. Anything else is a bonus!”

It’s like Alexandria said: we’re all nerds here. As one nerd to another, I love seeing the work that goes into every costume so, without further ado, check out my favorite cosplayers at the con!

Did we miss you at WonderCon this year? Comment below and send your photos to [email protected]! Check out the gallery below and let us know who your favorite cosplayers are!

All photos taken by Caitlin Postal at WonderCon 2015.