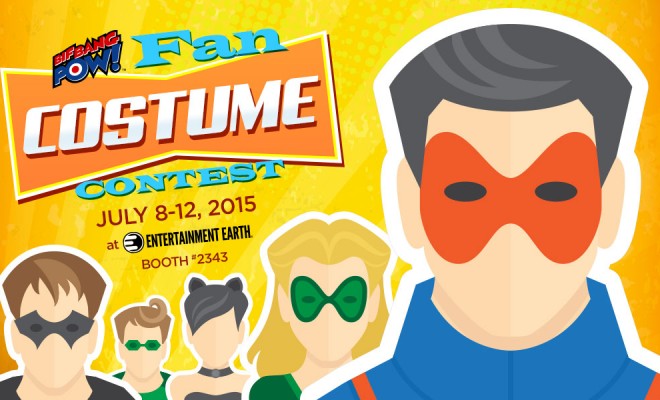 In addition to awesome limited edition convention exclusives, celebrity signings and giveaways, Entertainment Earth is adding even more fun to the line-up with a Fan Costume Contest! Those attending San Diego Comic-Con between, July 8 to July 12, 2015, are invited to stop by the Entertainment Earth booth #2343 dressed up in costume and enter to win one of four $50 gift certificates.

1) Must be dressed in costume.

2) Take a selfie or have a friend take a picture of you in front of signage at the Entertainment Earth booth #2343.

4) You can only enter once per day and you can only have one entry overall per costume. That means if you wear a different costume each day, you can enter five times!

5) Four winners will be randomly selected by Entertainment Earth and announced on July 21, 2015.