Just because he’s a soldier and has saved the world multiple times, doesn’t mean Steve Rogers can’t also be cute as a button! If that sounds like something you’d be into (and how could it not be?), then check out the Captain America Marvel Skottie Young Statue from Gentle Giant! 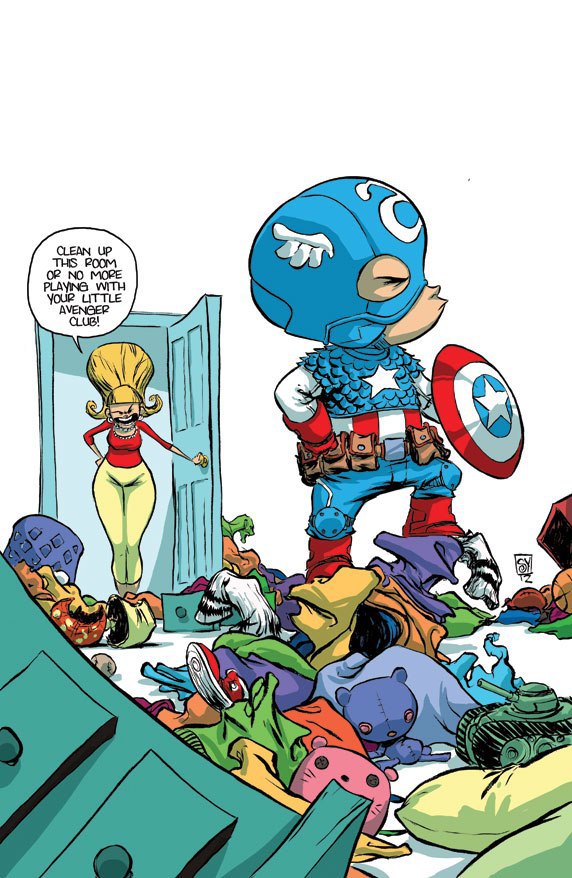 Standing proud and happy in red, white, and blue, Captain America is precious as this 4 1/2-inch tall statue. His costume comes straight out of the comics, from the baby blue to bright red and wings on his helmet. And even as a child, he still carries his Vibranium shield effortlessly.

The statue, found on a round black base, was digitally sculpted and then printed before being created as a prototype to finally become the version you see here.

Inspired by the baby variant covers by artist Skottie Young, Captain America is the first in a series Gentle Giant will be doing of these characters in the same size and style.

How can you resist that endearing smile?! You can’t. Head over to Entertainment Earth, where this statue is currently available for pre-order and expected to arrive in October 2016.