Dashing New Products of the Day

Heads up! New toys and collectibles from X-Plus and Kids Logic!

The Return of Godzilla (aka Godzilla 1985 in the U.S.) was the sixteenth film in Toho’s Godzilla series, and was the beginning of a rebooted series of films, ignoring all of the films from 1955’s Godzilla Raids Again through 1975’s Terror of Mechagodzilla. The film, which was a direct sequel to the original 1954 film, Godzilla, was produced to coincide with Godzilla’s 30th anniversary, and returned the series to the darker themes and mood of some of the early films, such as bringing Godzilla back to his old destructive ways as well. This 12-inch scale figure captures the Kaiju King’s new look from the film.

In 1992, one of Toho’s most popular kaiju, Mothra, returned for the new era in Godzilla vs. Mothra! No longer an allies, the kaiju once again clashed as they had done some many years earlier in 1964’s Godzilla vs. The Thing. Directed by Takao Okawara with special effects by Koichi Kawakita, the 19th Godzilla film remains the highest grossing film of the entire Godzilla series, and featured a soundtrack score by legendary composer Akira Ifukube (who won a Japanese Academy Prize for his score). The film was the second highest grossing film in Japan in 1993, second only to Jurassic Park. This 12-inch scale figure continues the development of Godzilla’s size and mass.

Armored Batman gets the acclaimed Kids Nations treatment of fiery and spirited styling in a deformed scale body. Design with distinctive style and sculpted with great details, this is a great addition to any Batman v Superman fan’s collection. The Armored Batman stands 6-inch tall and comes armed with batarangs, a grenade launcher, and kryptonite spear. 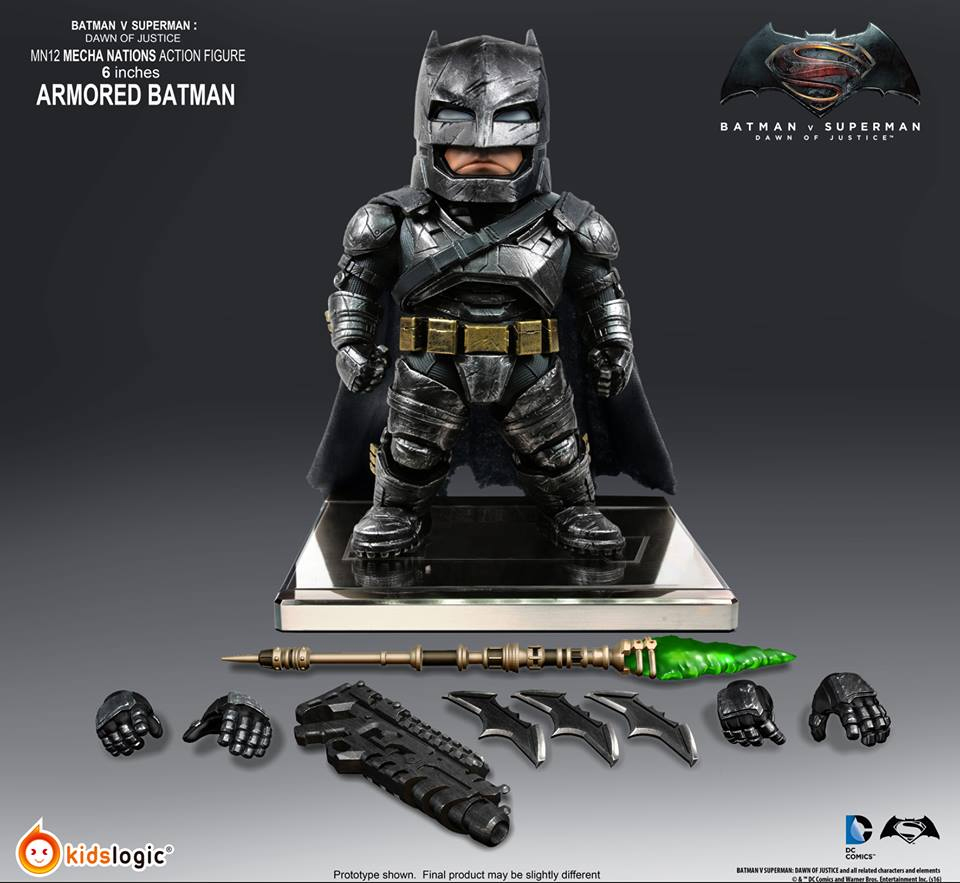