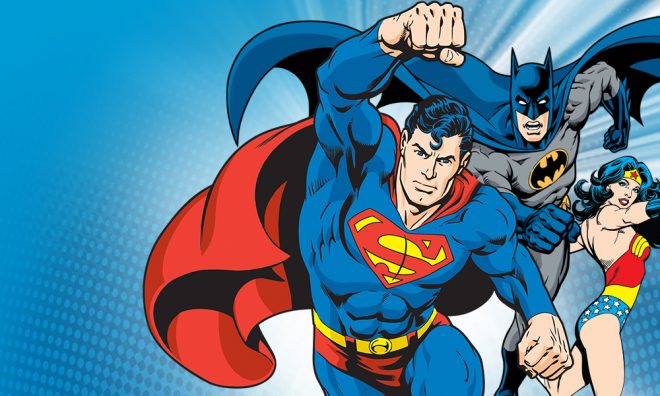 Celebrating its one-year anniversary, the Pin Mate™ line features delightful 2-inch scale wooden figures – each with an individual series-driven number. This year, the line grows to welcome the all-new moveable wooden vehicles, wooden dioramas and accessories, along with an ever-expanding cast of character wooden figures.

And where is the CAPED CRUSADER™ riding off too? Perhaps it’s to the new HALL OF JUSTICE™ Pin Mate™ wooden diorama playset that includes SUPERMAN™ (#17) and BIZARRO™ (#51) Pin Mate™ figures! Showcasing the impressive exterior from one side, spin the diorama around to reveal the inner workings of the JUSTICE LEAGUE™ headquarters – complete with the iconic table, two computer command centers, and a display screen that can be changed to feature the GOTHAM CITY™ skyline, the METROPOLIS™ skyline, or a map to help plan their next mission.

In addition, Bif Bang Pow! welcomes some of the leading ladies from the DC Universe in the Heroines of DC Pin Mate Wooden Figure Set of 4. Featuring vibrant 360-degree artwork, this set of feisty females looks fabulous from every angle and includes WONDER WOMAN™ (#19), HARLEY QUINN™ (#45), BATGIRL™ (#49), and CATWOMAN™ (#50).

Not only are those leading ladies going to be available as Pin Mate™ wooden figures, but the company is also celebrating these beloved characters along with SUPERGIRL™ in a classic wooden nesting doll set. Ranging in size from 6-inches down to 2-inches tall, this fun and spunky set will join the best-selling wooden nesting dolls sets already available from Bif Bang Pow!.

Did you ever enjoy playing with the hidden buttons at the bottom of those adorable push puppets you had as a child? Well, now they are back! And this time, delightful is ready for some danger. Created in a 5-inch scale and made from solid wood, BATMAN™, SUPERMAN™, THE JOKER™, HARLEY QUINN™, WONDER WOMAN™, and BATGIRL™ bend, collapse, and stand back up on their themed bases based on your touch for another round of good vs. evil – while looking amazing with the colorful 360-degree artwork, of course. 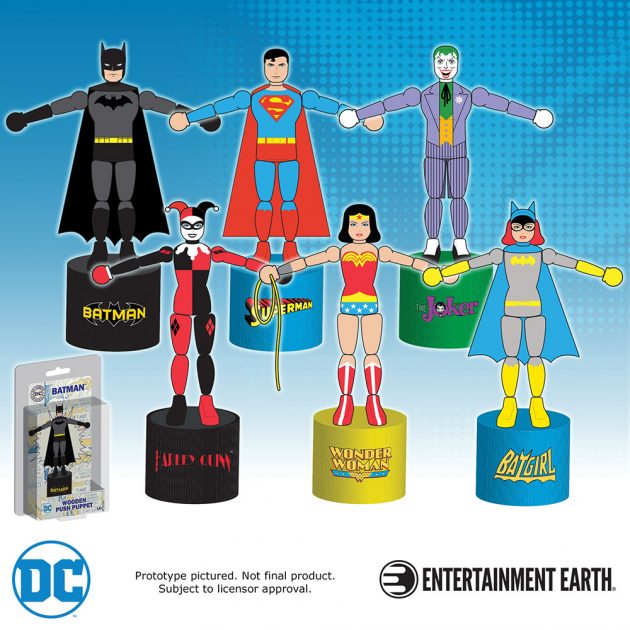 Each of these coveted collectibles can be seen at New York Toy Fair 2017 inside the Entertainment Earth and Bif Bang Pow! booth (#5452).

Not attending the show? No worries! Check out the complete selection only at entertainmentearth.com.