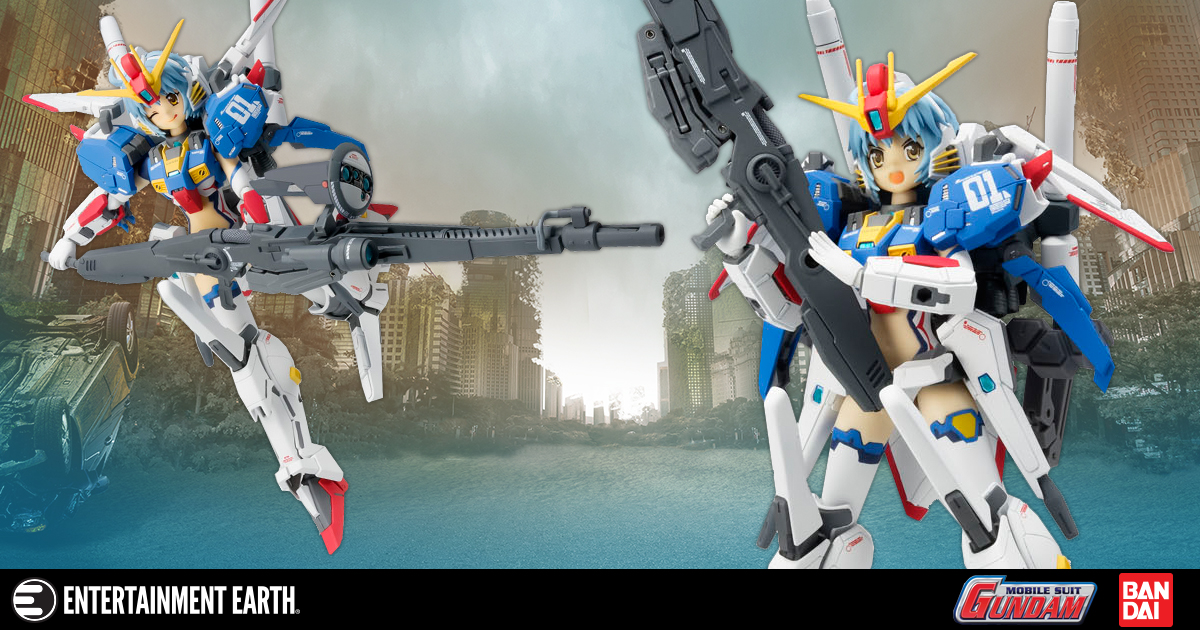 Bandai set out to tackle one simple equation, “Armor x Girls = Awesome” with their Armor Girls Project.  The AGP line consists of female figures with detachable mecha armor from some of your favorite publications including Gundam, Strike Witches, and KanColle! The Gundam line is based on designs by popular mech artists Mika Akitaka and Hajime Katoki. The newest figure in this line is the Gundam Sentinel Armor Girls Project MS Girl S Action Figure.

Much like a Gundam cosplayer this figure features a super-kawaii girl dressed in a Gundam outfit. She stands about 5 1/2-inches tall and comes with many accessories! She comes with three interchangeable faces so you can reflect her happy, winking, and her “war face!” Also included is three pairs of alternate hands, a giant beam smart gun, two beam saber hilts, two beam saber blades, a movable support arm, an extra antenna, and an extra beam smart gun cover.

As a bonus, the figure is compatible with some accessories from the Metal Robot Tamashii (Ka Signature) Ex-S Gundam (sold separately of course!)

Don’t miss the chance to add some cute to your mech collection and pre-order this Gundam girl now!