Funko Wonder Woman Figures Have All the Power, Grace, Wisdom, Wonder You Can Handle

With the Wonder Woman film on the horizon, Funko has an exciting lineup coming your way in April of this year!

First up is their Rock Candy Wonder Woman! Their anime style figurines are always a fun addition to any collection, but this one’s of specific interest because she’s not in her standard Wonder Woman attire. Instead of donning her hero costume, Diana is in her Amazonian attire.

Who would have thought we’d ever get a Hippolyta figure? Funko has us covered once again! Complete with battle armor, crown, and sword, this Amazonian goddess is ready to defend Themyscira at any cost. 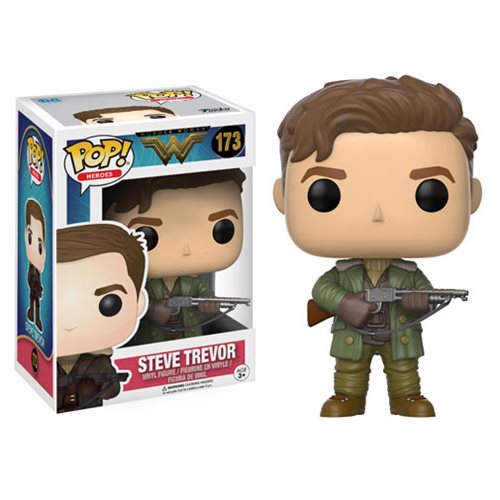 Don’t worry, guys. You’re represented! Steve Trevor is here and is revved up and ready to make bad decisions. Sorry, secretary figure not included, so he’ll have to stand on his own two feet for this one.

They’ve got a traditional Wonder Woman vinyl figure for us as well! Wonder Woman’s in the red, gold and blue and ready to fight. Complete with sword, shield, and tiara.

TINY WONDER WOMAN IS TINY! If you want to carry your favorite female hero with you everywhere you go, Funko has a keychain version just for you. Though this one doesn’t have the sword of the regular sized Pop! everything else remains basically the same.