The Kings Shall Clash Again!

I don’t know about you but I love a good giant monster movie! What’s better than that? Two giant monsters battling in one movie!

We originally witnessed King Kong and Godzilla face off in the 1962 Toho film King Kong vs. Godzilla. In the film, a TV producer sets out to raise his ratings by setting up a fight between Japan’s King of Monsters and the king of Faro Island. Of course, madness and destruction ensue!

SPOILER ALERT: If you watched Kong: Skull Island this weekend you saw a little teaser for the upcoming Godzilla vs. Kong movie to be released in 2020.

So if you can’t wait for the upcoming movie, why not recreate King Kong vs Godzilla in your own home?  Here are two EPIC items to get you started: 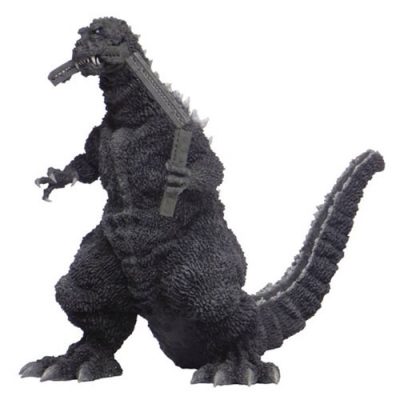 The highly detailed King Kong Pre-Painted Resin Model Kit depicts a victorious King Kong from the classic 1933 film when he defeated a T-rex!