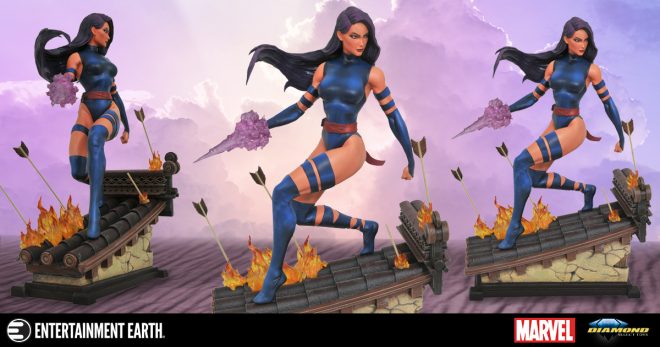 There are a lot of X-Men characters who deserve the spotlight. Too many to list, but one who has seen her share of action is Psylocke aka Elizabeth “Betsy” Braddock. Her mutant abilities include telekinesis, telepathy, precognition and she can construct weapons made of psychic energy, like her iconic katana. X-Men diehards rejoiced at the casting of Psylocke for the last film. Olivia Munn respected the character and brought her to life for old and new fans to the franchise. Not only is Psylocke a deadly opponent for the villains, but she’s had her share of run-ins against the good guys as well. She’s one of the most memorable mutants Marvel has, serving with the X-Men and X-Force and is a fan favorite.

Marvel Premier has brought a Psylocke Statue that leaps from the panels of the comics. This statue is fantastically detailed, bringing the action to life. The statue stands 12-inches tall and shows Psylocke on a burning rooftop with ninja arrows around her feet. Scultped by Alejandro Pereira, the details make this statue something every X-Fan needs to display proudly.

Bring Psylocke home soon by pre-ordering now. It doesn’t take a precog like her to know that these are going to sell quickly, so get yours now! 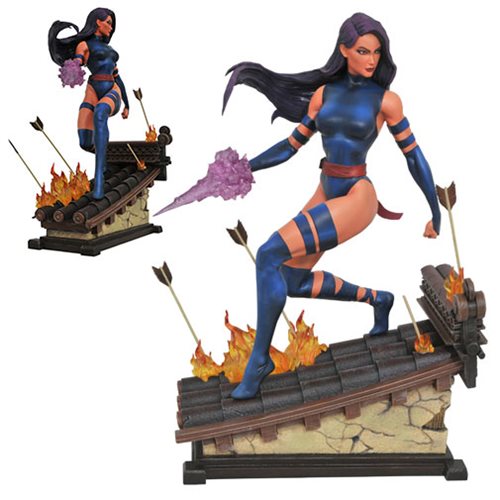