You Won’t Believe the Detail in This Wonder Woman Statue 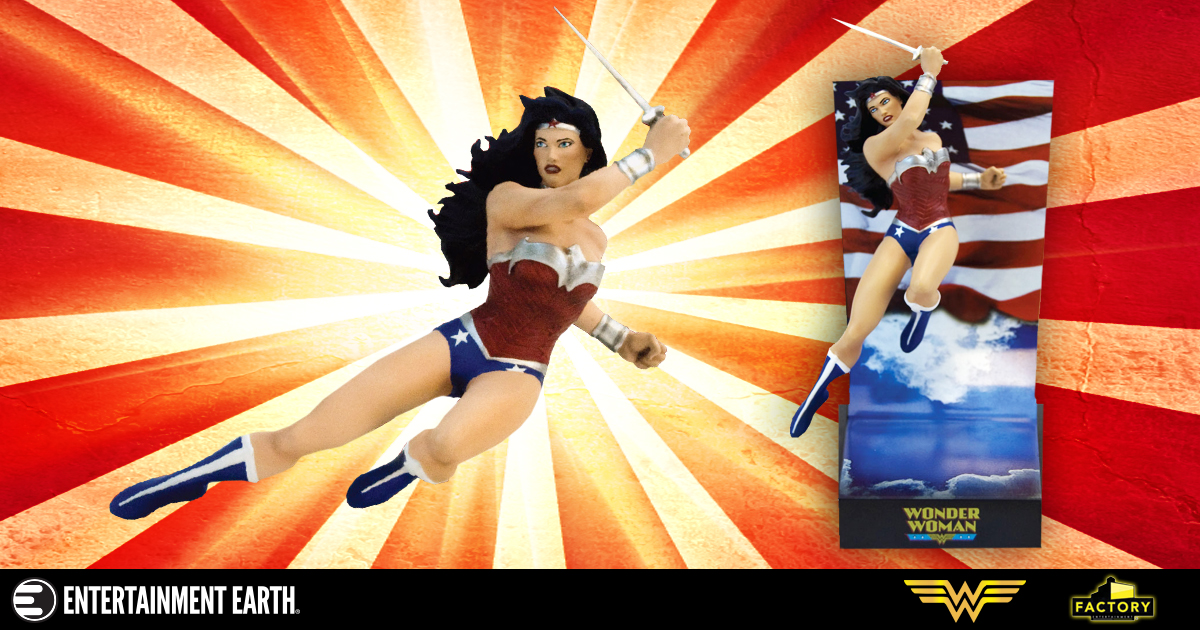 The Amazonian Warrior Princess has been one of the most compelling characters from the DC Universe for decade. In every iteration she has undergone, Wonder Woman has gained followers from fans who want watch her in action and fans who want to be her. With her strength, flexibility, and wit, she is a superhero not to be tangled with. Now that she is part of the DC Cinematic Universe, you can expect a whole new generation of fans to step forth: ready to collect all things Wonder Woman.

This DC Comics Wonder Woman New 52 Premium Motion Statue is one of the most powerful forms that Wonder Woman has ever taken. Collectors and fans will be awed at the way that Wonder Woman leaps into action, with motion captured in a single frame and made three dimensional. With the American Flag backdrop and dagger drawn, there’s no mistaking this for a benign visit that she is making, but a leap into decisive action.

Standing at 9-inches tall, this Wonder Woman statue is worthy of all the attention it will garish as part of your collection. Beautifully designed, hand painted and sculpted, this will bring delight to all admirers of Wonder Woman and patriots everywhere. Pre-order yours today from Entertainment Earth!