Come on down and Leave Your Woes behind with These South Park Pop! Figures 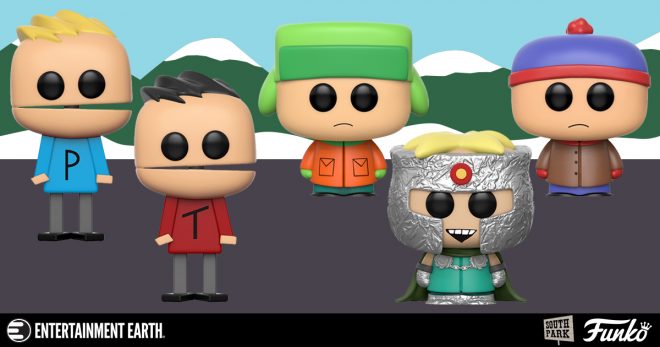 Few series seem more tailor-made for the Pop! treatment than South Park, with its short, stubby, animated cast of characters. Sure, they’re a bit more foul-mouthed and controversial than Disney – but the transition remains a nearly flawless one.

Funko’s latest batch includes a couple of classic characters and a couple of the less common. First up is Professor Chaos (aka the evil alter ego of sweet, stuttering Butters, decked out in his tin foil and cardboard costume). Judging by the grin on his face, Professor Chaos is in the midst of another pernicious plot.

Next, come Terrance and Phillip, the extremely coarse hosts of The Terrance and Phillip Show, one of the boys’ favorite comedy series. Dark-haired Terrance has his signature initialed red shirt on, while blond Phillip is decked out in blue. There are variants for both characters where they’re holding the Canadian flag – these variants are randomly inserted and cannot be specifically requested. 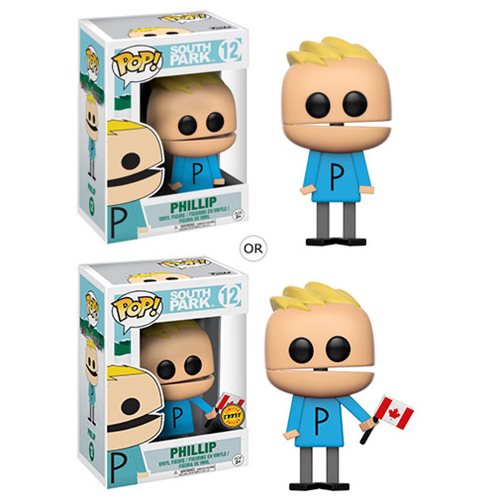 Stan is probably going to be remembered most for his, “Oh my God! They killed Kenny!” catchphrase, but he’s also the most level-headed of the kids in South Park. The Average Joe hero of the quartet, he’s rarely seen without his blue hat and is usually the voice of reason on the show.

Each figure stands the usual 3 3/4-inches tall and comes packaged in themed window display boxes. These foul-mouthed Funko friends will be arriving in stock this September, but don’t delay – order today!