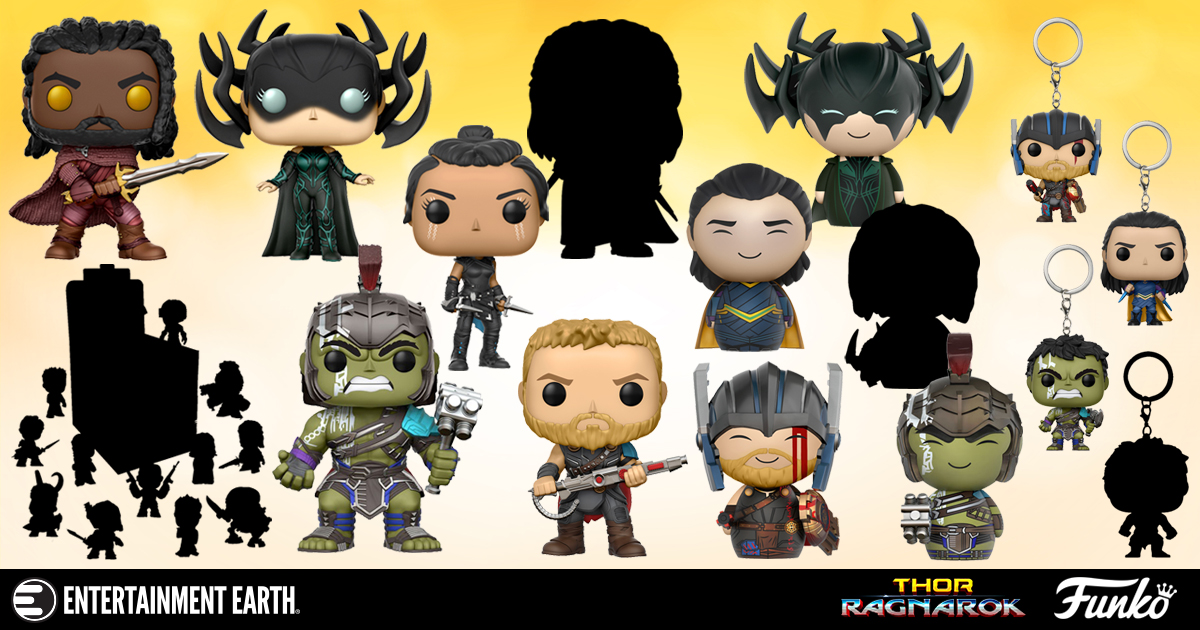 Funko has pulled out all the stops with its line of Thor: Ragnarok products. And we at Entertainment Earth have you covered – but be warned: SPOILERS ahead!

First up: Thor: Ragnarok Mystery Minis Display Case. This is a real doozy, the most spoiler-filled Mystery Mini box yet. You’ve got the chance to get:

And, the biggest spoiler of the set:

Next up, Thor: Ragnarok Pop! Figures! Choose from:

For those that prefer the even cuter Thor: Ragnarok Dorbz:

And, last but not least, the Pop! Keychains:

Each keychain is 1 1/2-inches tall and comes packaged in a window box.

The full line of Funko Thor: Ragnarok collectibles will be hitting shelves just prior to the movie’s release, so don’t delay: order now and get some insider knowledge of the next installment in the Marvel Cinematic Universe!