If you’re anything like me, you’ve become obsessed with Funko Pop! vinyl figures. I have my fandoms I’ll collect – WWE, Star Wars, Batman, Stranger Things, Supernatural, and a few others – but I’ve been waiting for a new set from one of my all-time favorite television shows. Now, Funko has debuted six new Pop!s set to arrive this winter from Buffy the Vampire Slayer in honor of the shows anniversary!

She broke our hearts in season six and now she’s in full Pop! form, veins included. She’ll flay you before you can say “bored now” and your only hope is Xander and a yellow crayon. Detailed perfectly from the season six finale, Dark Willow returns! 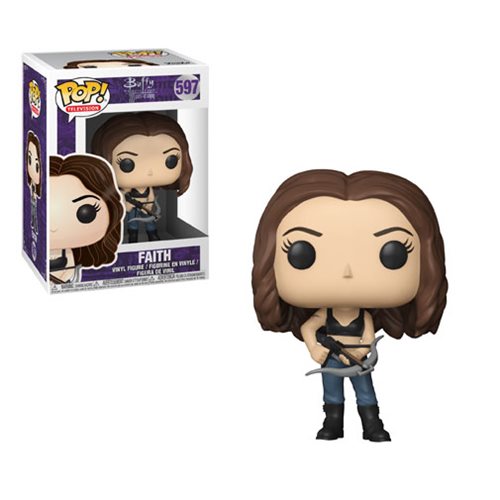 The rogue Slayer, the answer to “what if Buffy didn’t have a support system?” in the form of Faith. Armed with a crossbow, she’s seeking redemption in the form of heroism. Fully on the side of good now (or is she?), she fought alongside Buffy in the series finale as Sunnydale was destroyed.

Buffy’s faithful Watcher and father-figure, Giles was the source of information for the Scoobies. If he wasn’t nose deep in a book about demons, he was wiping his glasses with his handkerchief. The Pop! version of Giles includes a gold cross to fend off vampires. 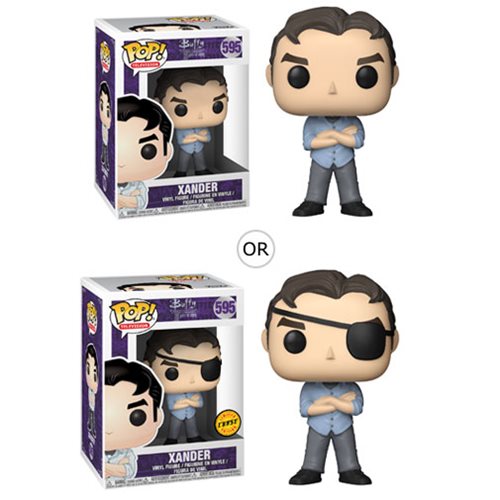 Xander Harris gets a Pop! Fans of the series have been waiting for it since the initial line of Buffy Pop!s hit stores. And he’s getting a 1 in 6 rarity Chase version that includes his eye patch. In the final season of Buffy, Xander’s eye was poked out by an evil preacher (played by everyone’s favorite captain Nathan Fillion). He wore a patch over his left eye ever since (at least through the end of the television series and current comic book run). Xander is a must have Pop! for any true Buffy fan looking to complete their Scooby set.

The one and only Buffy Summers. This version of the Buffy Pop! is of her season one finale outfit. Complete with a crossbow and her dress that she would both die and subsequently be brought back to life (thanks to Xander) in order to defeat The Master. The signature white dress turned all of her friends’ heads as she walked through the library ready to face her destiny.

Needless to say, you need these Pop! figures. I need them. We all need them. Or maybe we need some kind of support group. Pop!s own my bank account…but they’re so great! Pre-order yours now!