It’s been a great week for zombie and sci-fi fans. With 2014’s breakout comedy What We Do In the Shadows greenlit for its own FX series, upcoming Jurassic Park figures, and new Ash vs. the Evil Dead and Pacific Rim trailers, it feels more like Halloween than Valentine’s Day.

There’s a New Keiju in Town

It’s been five years since Guillermo del Toro’s epic Pacific Rim, and the new Uprising trailer looks to be even more action-packed than the original. At just under 2 mins and 20 seconds, we’re given a quick glimpse at the newest alien threat and it looks amazing. Check out the trailer below.

Who would’ve thought a super low-budget horror movie made by a few friends some 35 years ago would turn out to be such a cult classic? This week Starz released the latest trailer for Ash vs. Evil Dead, and we couldn’t be happier. Be sure to catch up on previous seasons before the new episodes drop.

JJ Adams made headlines this week after it was announced that Netflix may be acquiring the rights to distribute God Particle, the tight-lipped sequel to the low-budget breakout Cloverfield. Directed by Julius Onah (but still produced by Bad Robot), details on the film’s release are still forthcoming.

In other news, it looks Superman may finally be getting his old costume back. Screenrant reports that Action Comics #1000 will see the man of steel wearing his iconic red tighty whities. Good news?

And finally, Variety published the full list of 2018 Oscar nominations. Did your fav movie make the list?

This week’s toy news showcased some awesome Entertainment Earth exclusives. With the delightful Lin-Manuel Miranda Pin Mates set and the cute ‘n’ cuddly Care Bears Funko! Figure, your desk will have the coolest figs around. 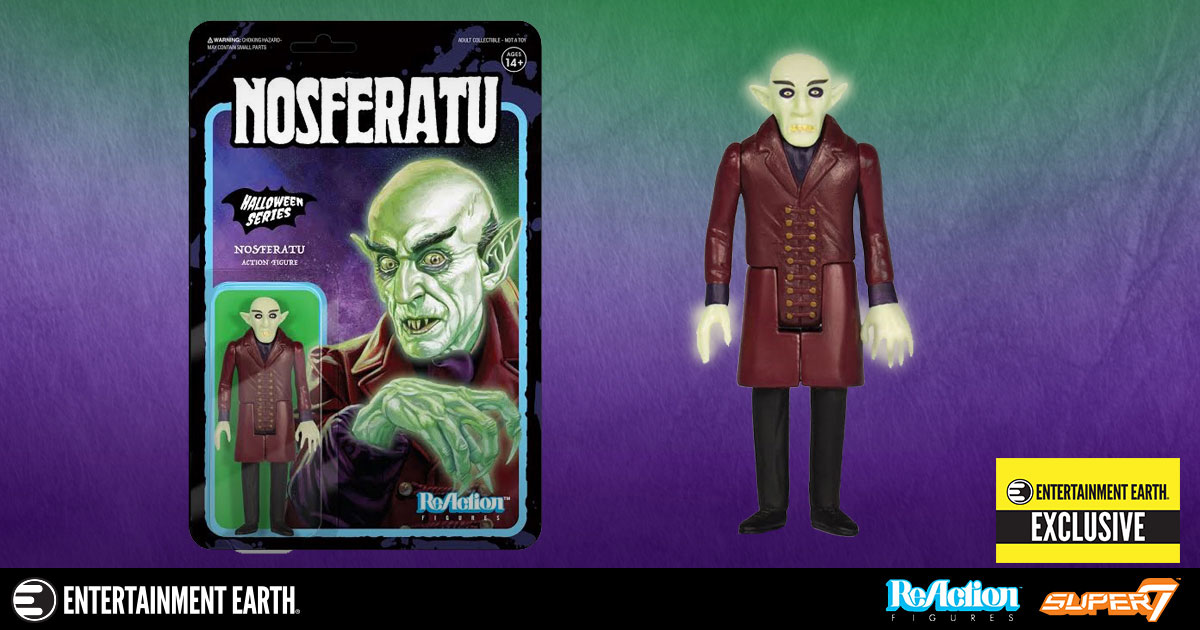 And we can’t forget about ol’ Nosferatu! This glow-in-the-dark Super 7 Count Orlok was modeled after the infamous 1922 silent film. With a jointed waist and shoulders, you can pose him in all his otherworldly awkwardness. He may not sparkle like those younger vampires, but he sure can glow.

That’s all for this week! For more weekly pop culture news and headlines listen to our latest podcast here.