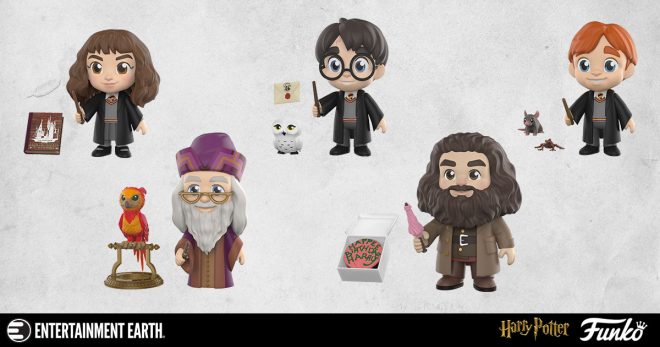 Funko is the king of vinyl figures with lines such as Vynl., Pint Size Heroes, Mystery Minis, Dorbz, and the ever-popular Pop! Now, Funko has announced a new vinyl figure line and this time they are called 5 Star.

Of course, the latest collectible line has the same detail and stylization as the more familiar Funko lines, but it boasts other unique features as well.

5 Star will have three points of articulation – the head and arms – which allows the figures to be posed. The figures come in a stylized window display box that opens like a book. Each figure stands about 3 to 3 3/4-inches tall and comes with accessories.

5 Star launches with the Wizarding World, Harry Potter and his friends Hermione Granger and Ron Weasley with their Hogwarts mentors Albus Dumbledore and Rubeus Hagrid. Each figure is accompanied by an animal companion such as Hedwig the owl or by an iconic character-defining object such as Harry’s Hogwarts acceptance letter or Hagrid’s pink umbrella.

Funko has said that the line will expand with additional licenses later this year but didn’t specify what those licenses would be or when they would be available for pre-order. It’s also unclear if 5 Star will continue with five figures per license. Don’t miss out, make sure to get in on this new Funko line when you still can, order today! 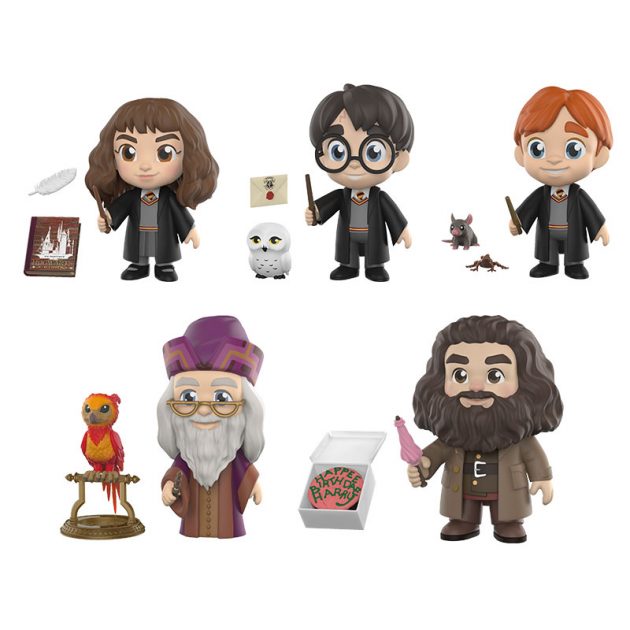