What We Know about Disney+: Release Dates, Price, Shows and Movies, and More

At D23, the Walt Disney Company laid out its plans for its Disney Plus streaming service, calling it “the future of the company.”

Disney’s one-of-a-kind service will not only have classic films and tv shows but will feature new films, series, short-form content, and documentaries as well. And for $6.99 a month (or $69.99 a year), you’re going to get your money’s worth. Oh, and it’s commercial-free. You’re a sly one, Disney.

Let’s take a look at the projects from each studio that will be streaming on Disney+:

After years of trying to develop a live-action Star Wars TV series, but most were deemed too expensive to make, Disney Plus will finally be releasing The Mandalorian. There are high hopes for this series; it’s already been renewed for a second season. Jon Favreau, the creator, and writer has written next season’s episode and pre-production is on the way. To say that excitement for this series is high would be an understatement. Will you be watching it on November 12th? We can’t wait for this FORCE of a show (Ok, that was FORCE’d).

Stars Wars: The Clone Wars is BACK! After taking a few years off, and jumping from Cartoon Network to Netflix, Disney+ revives this fan-favorite with a brand-new season of animated fun. It’s rumored to be the final season, so expect something epic. I mean, it’s Star Wars…would you expect anything less?

An Untitled Live-Action Series (Debuting in 2021)

There aren’t too many details about this one just yet, but what we do know is that this will be a spinoff of the Rogue One prequel. The words “spy thriller”, espionage”, “daring missions” have been used to describe this series, premiering in 2021, so we’d say there’s a lot to look forward to. Plus, who doesn’t love Alan Tudyk? We see you, too, Diego Luna.

This begins shooting in 2020 and Ewan McGregor returns as Obi-Wan Kenobi. Are we blessed? Yes, we are blessed. Obi-Wan’s story was taken off of the Disney table for a while, but they see Disney Plus as a perfect platform to tell it. Thanks, Disney. We owe ya…$6.99 a month or $69.99 a year.

The Falcon and The Winter Soldier (Launching in Fall 2020)

Sam accepted Steve’s shield. We’re going to see the result of that, but it’s all a bit hush-hush at the moment. Not surprisingly. You won’t have to wait too long, though, as this series is launching in the Fall of 2020. So, that’s, like, soon. Grab the popcorn, people!

This is going to be a weird one. And we are here for it! The cast is describing this series at “bonkers”. Elizabeth Olsen has said, “It’s a mash-up between American sitcoms throughout the decades and Marvel films with these characters.” WHAT? YES. Spring 2021 cannot come soon enough!

Does this mean Tom Hiddleston can win an Emmy? Set to premiere in Spring 2021, Disney+’s second year, this six-episode season will serve as a sequel to Avengers: Endgame. There are hints of time-travel, and Hiddleston is calling it, “one of the most exciting creative opportunities I think I’ve ever come across.” Well, then. We’re ready.

This animated show will explore marvel movies and characters in unexpected ways. Showrunner Ashley Bradley says, “…The objective is to hopefully see the majority of characters from all 23 movies. You’ll see multiple characters in an episode.” Worlds colliding? How fun is that?! Very.

Jennifer Walters, the cousin of Bruce Banner, receives a blood transfusion from him and becomes the She-Hulk. While Bruce’s rage turns him into The Hulk, Jennifer’s transformation into the She-Hulk is more cool, calm, and collected. Fans are excited to see this character brought to life. And while many details, including casting, haven’t emerged yet, fans are rooting for Yvonne Strahovski.

Moon Knight may not be a household name, but that could all change when Disney+ releases this series. Some fans refer to him as Marvel’s Batman. It makes sense, as he is: A billionaire. Dresses up. Fights Crime. This should be a darker-themed show than most. No release date has been set.

Marvel’s first Muslim superhero is coming to a streaming service near you! Literally, in your house. Or phone. Wherever you are.

She’s the teenage daughter of Pakistani immigrants, lives in New Jersey, and casually has inhuman blood pumping through her veins. She can stretch her body parts and shape-shift. I’m sorry, how have we not seen a live-action of this before? There is no release date as of yet, but excitement is building for this geeky, stretchy, self-healing, New Jersey teen.

What would it be like if Marvel’s Chief Creative Officer, Joe Quesada, created a docuseries like Anthony Bourdain: Parts Unknown? Well, we will find out when Disney Plus launches in November!

This is one of Marvel’s nonfiction works. They will be celebrating real-life superheroes; Kids who are making positive changes in their communities and that have shown acts of kindness and bravery. Possible tear-jerker? Possibly.

Not a lot is known about this docuseries except it will explore the history and culture of some of Marvel’s most legendary stories. There’s no release date yet.

Um, have you seen the trailer yet? If not, please watch it now! Disney has been in the remake business for a few years now and they are continuing that on Disney Plus. The pups! The music! The memories! Grab the spaghetti because this streams on November 12, 2019.

Have we been blessed with this generation’s Elf? The possibility is real. Anna Kendrick and Bill Hader show us that the Kringle’s are just like us; they deal with pressure, family, “yogurt pants” (see: the trailer) and, of course, having to save Christmas. Set those cookies out, because Noelle streams on November 12th!

This. Looks. Hilarious. Do yourself a favor and check out the trailer! Because this movie is not what you’d expect. It’s a Mean Girls meets The Office meets Pitch Perfect meets…High School Musical. Stream on November 12, 2019!

Can we say how awesome this concept is? I guess we just did. Watch the trailer and see for yourself! The gist of it is adults going back to high school to re-create their performances in musicals. YES. All of the yes.

Monsters At Work (Premiering in 2020) 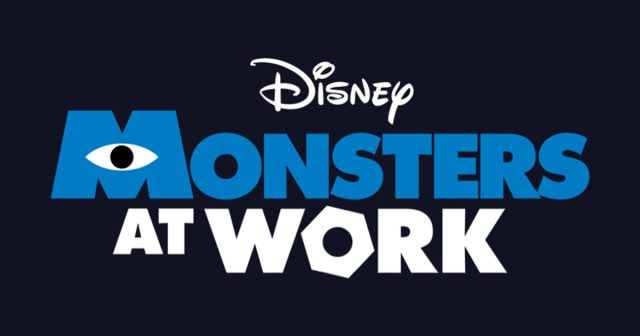 Monsters, Inc. came out in the year 2001. 18 years and one prequel later, the magic still lives on. This time around, we get some new monsters, but luckily, Mike and Sulley are included in this series. It just wouldn’t feel right without them! Can we please have a Boo cameo as well? Thanks. Monsters At Work is set to scare up Disney+ viewers in 2020. Will you be watching?

Are you a fan of Frozen? Of course, you are. Do you want to see how Frozen 2 is being made? Of course, you do! This is a brand-new, multi-episode documentary series is based on the creation of Frozen 2. This will be a part of Disney Plus’ exclusive content that you can’t find anywhere else. Word on the street is that Into The Unknown just might be the title of a new song from Frozen 2. Will it be the new Let It Go?! Oh, I’m sure it will.

Timmy Failure: Mistakes Were Made (Releasing in 2020)

Do you know what’s been missing from pop culture? A kid detective. Thankfully, Disney+ is ON IT. They’ll be releasing the Timmy Failure: Mistakes Were Made film in 2020 and fans of the book series will rejoice.

A rebellious princess. She doesn’t want the throne. She discovers that she has superpowers. Top-secret training. Save the world. If that doesn’t sell you, I don’t know what will. This fantasy film will debut on Disney Plus in 2020.

Lizzie is 30? Lizzie is back?! Lizzie is back. Hilary Duff fans are SCREAMING. That’s what the kids say these days, right? Production starts Fall of 2019 so expect this series to premiere at some point in 2020.

How has this not been made yet? How was this not a thing? All is well now, though, because Disney Plus is releasing this show on November 12, 2019. We get to follow Jeff as he explores the world. I mean…are you kidding? YES! Check out the trailer and get a glimpse of what to expect. It’s Jeff Goldblum…expect perfection! 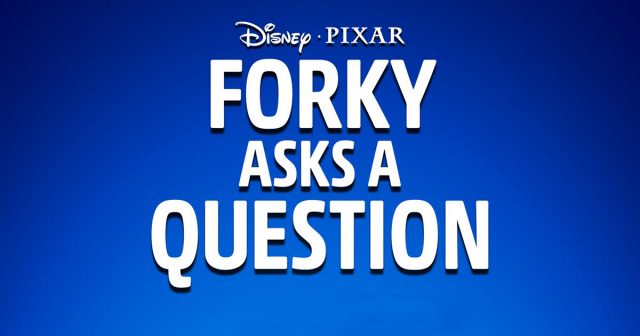 FORKY! Excuse the excitement. Premiering on November 12, 2019, these ten short episodes will find Forky in Bonnie’s room, asking his friends some questions about life. Want to know the questions and answers? You can only find out by tuning in! Aw, Forky. You’re the cutest.

This is a must-see! “I can’t believe I get paid to do this” is a quote from a Disney employee in the new trailer. If you’ve ever wanted a behind-the-scenes look at the most magical company in the world…well, here’s your chance! Did we tear up a bit watching the trailer? We can neither confirm nor deny that.

Anything with Willem Dafoe is worth seeing. He plays the owner of a Sled Dog named Togo. Balto may have been the more-famous sled dog, but now it’s time to tell Togo’s story! This will premier in December 2019 only on Disney Plus.

Diary of a Female President (Premiering in January 2020)

How cool is this?! A teenage show with a great message and an even greater ending. We are here for Elena’s journey from middle school to the White House. Check out this girl power in 2020!

Grace VanderWall, who graced us with her talent on America’s Got Talent, will make her acting debut as the title character. After being completely homeschooled, Stargirl heads to tenth grade and is shunned. Why? Because she is her unique self. And she plays the Ukulele. WHO would shun that?! I guess we’ll have to find out when this film premieres in 2020.

A docuseries that follows conservationists and animals they spend their lives studying. No release date yet.

A Disney cooking competition? Count us in! Two families compete to create the next great Disney Parks dish, with the winning dish being served at Walt Disney World. How cool is that?!

This series shows off the props and costumes from iconic Disney films such as Tron, Pirates of the Caribbean, and Who Framed Roger Rabbit?. We can’t wait!

In (Re)Connect, families being torn apart by things like too much technology or workaholic parents embark on a unique journey to confront their problems and bring their families back together. We’re sure this will be inspiring!

In this series, Bob Woodruff and his son Mack embark on a father-son adventure. The two will journey to the overlooked corners of the world and we can’t wait to see where they end up!

This is an exciting competition show where teams of inventive students will be tasked with designing, building, and testing new contraptions.

Created by Academy Award and Emmy-nominated director and producer Leslie Iwerks, this docu-series covers the 65+ year history of Walt Disney Imagineering and will include exclusive interviews and never-before-seen Disney Parks footage.

Disney+ is gearing up to be a monster of a streaming platform. Judging from this gigantic batch of shows and films, viewers will be in Disney heaven when it launches. There’s something for everyone here, wouldn’t you agree? Let us know which shows or films you’re most excited for in the comments below!

For a monthly price of $6.99 or an annual rate of $69.99, Disney+ offers viewers of all ages a compelling price-to-value proposition, with a consumer-friendly experience that’s easy-to-navigate with personalized recommendations, high-quality and commercial-free viewing, up to four concurrent streams and unlimited downloads with no up-charges. Disney will also offer a Disney+ bundle that will include Hulu and ESPN+. At launch, you’ll be able to stream the Disney+ app on these platforms and products: Apple TV, iPad, iPhone, Android mobile devices, Android TV, Chromecast, Desktop web browsers, PlayStation 4, Roku streaming players, Roku TV, Xbox One.