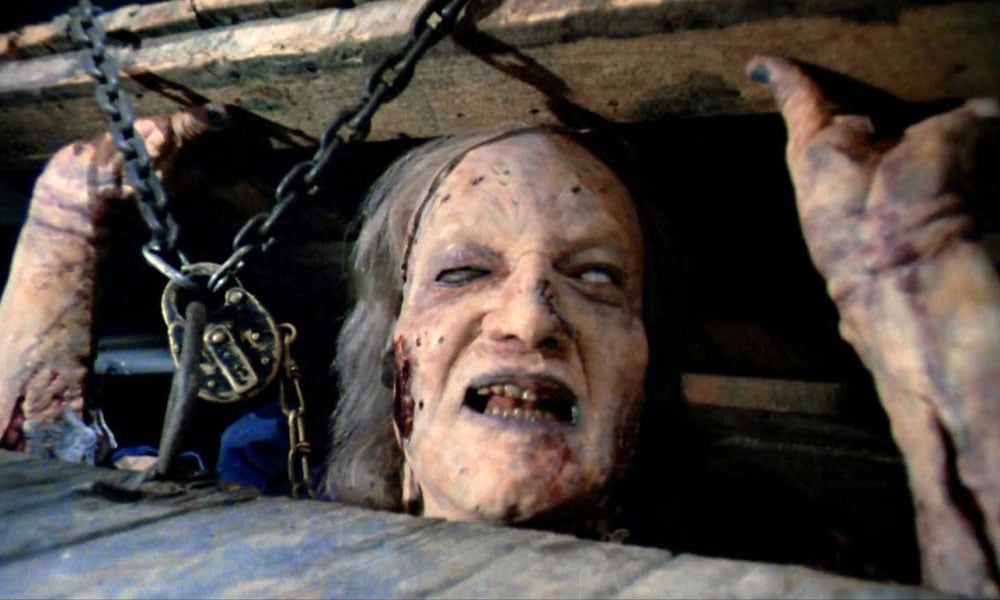 With Halloween just a few days away, we’re counting down to the most gruesome, thrilling, spooky horror movie! Get ready for popcorn and plenty of screams, because these movies are all streaming on Netflix now!

A group of students investigates a series of mysterious bear killings, but learns that there are much more dangerous things going on. They start to follow a mysterious hunter, learning that he is actually a troll hunter.

Tucker & Dale are on vacation at their dilapidated mountain cabin when they are attacked by a group of preppy college kids.

23. Beyond the Black Rainbow

Despite being under heavy sedation, Elena tries to make her way out of Arboria, a secluded, quasi-futuristic commune.

In the 1980s, college student Samantha Hughes takes a strange babysitting job that coincides with a full lunar eclipse. She slowly realizes her clients harbor a terrifying secret; they plan to use her in a satanic ritual.

A psychological thriller in which a deadly virus infects a small Ontario town.

Two years after the first series of murders, a new psychopath dons the Ghostface costume and a new string of killings begins.

An American serving in the French Foreign Legion on an archaeological dig at the ancient city of Hamunaptra accidentally awakens a Mummy.

A dedicated student at a medical college and his girlfriend become involved in bizarre experiments centering around the re-animation of dead tissue when an odd new student arrives on campus.

When a group of misfits is hired by an unknown third party to burglarize a desolate house and acquire a rare VHS tape, they discover more found footage than they bargained for.

The vampire comes to England to seduce a visitor’s fiancée and inflict havoc in the foreign land.

The lone survivor of an onslaught of flesh-possessing spirits holds up in a cabin with a group of strangers while the demons continue their attack.

An unfaithful wife encounters the zombie of her dead lover; demons are pursuing him after he escaped their sadomasochistic underworld.

A wealthy New York investment banking executive hides his alternate psychopathic ego from his co-workers and friends as he escalates deeper into his illogical, gratuitous fantasies.

Three film students vanish after traveling into a Maryland forest to film a documentary on the local Blair Witch legend, leaving only their footage behind.

A masked killer begins murdering teenagers in a small town, and as the body count rises, one girl and her friends contemplate the “rules” of horror films as they find themselves living in a real-life one.

A reimagining of the classic horror tale about Carrie White, a shy girl outcast by her peers and sheltered by her deeply religious mother, who unleashes telekinetic terror on her small town after being pushed too far at her senior prom.

7. Night of the Living Dead

A group of people hide from bloodthirsty zombies in a farmhouse.

6. Children of the Corn

A young couple is trapped in a remote town where a dangerous religious cult of children believe everyone over the age of 18 must be killed.

5. The Cabin in the Woods

Oskar, an overlooked and bullied boy, finds love and revenge through Eli, a beautiful but peculiar girl.

2. The Silence of the Lambs

A young F.B.I. cadet must confide in an incarcerated and manipulative killer to receive his help on catching another serial killer who skins his victims.

A young couple move into a new apartment, only to be surrounded by peculiar neighbors and occurrences. When the wife becomes mysteriously pregnant, paranoia over the safety of her unborn child begins controlling her life.