Lumpy Space Princess is on the verge of a dating disaster and it’s up to Comic-Con 2014 attendees to help her avoid it! Cartoon Network Enterprises, the licensing and merchandising arm of the television network, unveiled plans for the 2014 Adventure Time ConQuest, which will take place during Comic-Con® International: San Diego. 2014 marks the third consecutive year that the network has held the ConQuest experience for Adventure Time fans. This fan-favorite activity leads fans through the convention to check out the latest licensed products based on the brand. This year’s epic quest will once again dole out secret text-messaged clues to participants that will guide them on their journey across the convention floor in an attempt to find a suitable bachelor for Lumpy Space Princess to take to the Princess Day Ball.

To participate in the Adventure Time ConQuest, fans must visit all 11 participating partner booths and locations listed below, or head to the Cartoon Network booth (#3735) and look for signage to begin their journey. Along the way, they’ll receive incentives, premiums, and rebates for some of their favorite Adventure Time products featured at the con. The following is an alphabetical list of participating partners in this year’s ConQuest:

Abrams (Booth #1216) will have copies of its New York Times Best-Selling book Adventure Time Encyclopaedia, as well as its recently-released Adventure Time: A Totally Math Poster Collection with 25 copies signed by illustrator Tony Millionaire, plus calendars. Fans can also catch a sneak peek of the upcoming Adventure Time: Art of Ooo, available this October. ConQuesters will receive an additional20% discount on the poster book, and anyone who purchases any Adventure Time merchandise will receive a free 2015 Adventure Time mini-calendar, while supplies last.

Entertainment Earth (Booth #2343) will highlight its BMO Tin Tote Gift SetConvention Exclusive that includes a colorful metal tin tote, 10-ounce insulated stainless steel container and mini journal inside the tote that will take you away to the Land of Ooo.

Huckleberry (Booth #3449) will showcase and sell its adorable BMO Chara-Cover phone case at its booth, with ConQuest participants receiving 10% off the purchase of the case.
Jazwares (Toynk Booth #3551) will feature its Adventure Time toy line and highlight the 12” BMO plush Convention Exclusive at the Toynk booth.

Little Orbit (The New Children’s Museum)will offer fans a chance to play its upcoming Adventure Time: The Secret of the Nameless Kingdom video game for the very first time before its release this fall on Sony Playstation 3, Microsoft X360, Nintendo 3DS, and PC Steam. Additionally, The New Children’s Museum location will be the terminal stop on the ConQuest and fans who finish the quest will redeem their OMG medallion there. Just look for the giant inflatable Finn head! 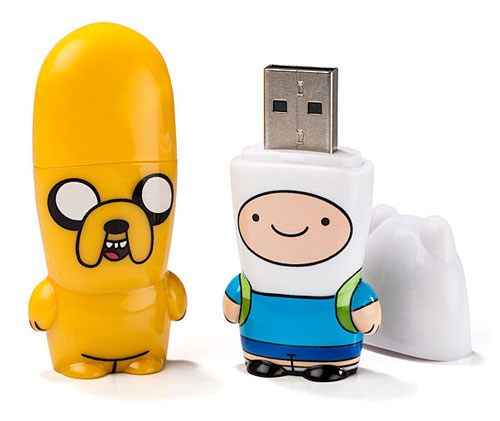 Penguin Group (Booth #4612) will showcase its line of MAD LIBS®, activity books, journals and much more based on Adventure Time, and will be giving away free buttons exclusively to ConQuest participants! Plus, anyone who purchases any three MAD LIBS® products will get a free Adventure Time/MAD LIBS® tote bag!

Rubie’s Costume Company (Booth #3649), maker of Adventure Time costumes and select accessories, will feature its one-size-fits-all Finn hat at its booth, and ConQuest participants can pick it up for a cool 40% off the purchase price.

WeLoveFine (Booth #5647) will offer up a wide assortment of its fan-favorite Adventure Time apparel, including t-shirts, sweatshirts, dresses and leggings. ConQuest participants get a deal at $25 for one or $40 for two shirts.

All Adventure Time fans are encouraged to participate in the quest and claim their reward, which will be available for a limited time while supplies last each day. Also, for uber ConQuesters who have completed the quest and earned their Jake and Ice King medallions in 2012 and 2013, bring those with you to The New Children’s Museum redemption center to earn a triple threat reward.

Additionally, on Friday, July 25 Cartoon Network will host an Adventure Time panel in the Indigo Ballroom at the Hilton Bayfront featuring the series’ cast and crew dishing on behind-the-scenes secrets, probably giving away some spoilers, and answering fans’ burning questions. The following friends will join us from the Land of Ooo for a super sick panel: Jeremy Shada (Finn), John DiMaggio (Jake), Tom Kenny (Ice King), Kent Osborne (Head of Story), Adam Muto (Co-Executive Producer) and MORE! Fans can also check out the Cartoon Network booth on the convention floor to grab some exclusive giveaways and much more. For continuing information about Cartoon Network at Comic-Con and for real-time updates during the convention, please follow Cartoon Network on Twitter at @CartoonNetPR.

Cartoon Network Enterprises (CNE) is responsible for building consumer products and merchandising programs for a wide range of brands by securing and supporting long-term licensing partnerships across all categories. As the global branding and merchandising arm of Cartoon Network and Adult Swim, the division manages the consumer product programs for the networks’ award-winning original programming, brands and characters including Ben 10, Adventure Time, Regular Show, The Amazing World of Gumball, The Powerpuff Girls, Adult Swim and more. CNE also serves as the exclusive global licensing agent for LazyTown Entertainment and the PGA of America for the youth marketplace.

Turner Broadcasting System, Inc., a Time Warner company, creates and programs branded news, entertainment, animation and young adult media environments on television and other platforms for consumers around the world.