5 Reasons to Go See Pixar’s Inside Out This Weekend 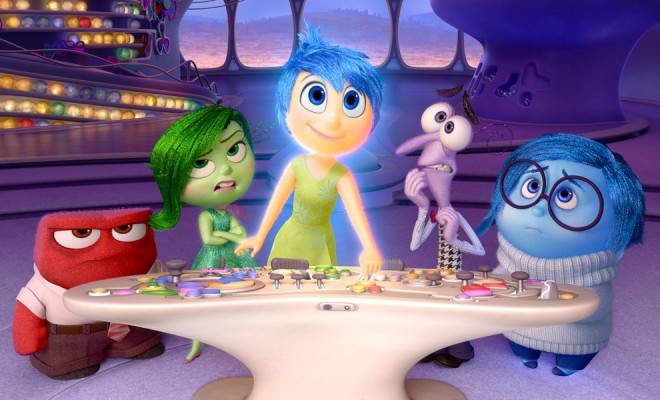 On Tuesday, I saw a preview screening of Pixar’s latest animated feature, Inside Out.

I am admittedly a big Pixar fan but speaking objectively, this film is one of the studio’s best triumphs yet. Regardless of age, opinion on animation and children’s movies, or anything like that, this is a movie everyone should go see this weekend.

Inside Out is about 11 year-old Riley (Kaitlyn Dias) and the five emotions that exist in the headquarters of her mind: Joy (Amy Poehler), Sadness (Phyllis Smith), Fear (Bill Hader), Anger (Lewis Black), and Disgust (Mindy Kaling). It’s a journey about discovering who you are and that every emotion is important.

I hope you’re already excited to see this film but just in case, here are five reasons you should be!

Pixar is a rare beast in Hollywood. Out of its now 15 released feature films, it hasn’t had a flop. Sure, not every one is a Toy Story or Finding Nemo, but its consistent track record, both financially and critically, is nothing to snub your nose at.

Audiences have come to expect a certain caliber from the studio and so far they’ve delivered nearly every time (Cars 2 is their most glaring misstep so far). People widely regard Pixar as a more mature animation studio, producing films that people of all ages can enjoy, with deep themes and tearful moments.

Inside Out, like all its predecessors, delivers in full. It will make you laugh, it will definitely make you cry, and it will make you appreciate the art of storytelling and how films have a certain way of touching the human soul.

Not only do they play colorful characters, but they’re all colorful, talented performers in their own right. It’s hard not to think of Amy Poehler playing an extension of herself as Joy while Mindy Kaling channels Kelly Kapoor (her character on The Office) as Disgust. Both Lewis Black and Bill Hader are wonderfully pure and lively as Anger and Fear, respectively.

Phyllis Smith as Sadness is the MVP of the film. She makes you laugh and cry all at once and it’s hard not to become fond of her.

It’s amazing when you think that these actors are literally portraying one emotion throughout the course of the film, and yet they never feel one-note or stiff. Predictable, perhaps, but never anything less than recognizable and charming. 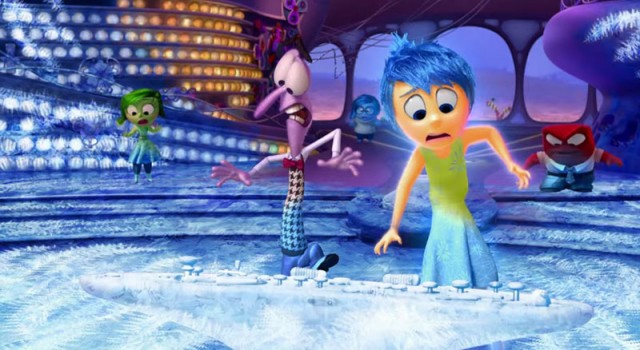 There’s a running gag throughout the film where Riley gets an old commercial jingle stuck in her head — all because some workers inside her head decide to send the memory of the jingle up to headquarters.

Every time the jingle came up, I found myself laughing out loud, not only because it’s clever humor but because I’ve been there before. We all have!

The comedy in this film is great; it’s a perfect balance of goofiness and recognition. Everyone in the audience, at some point, is able to laugh and say: “Yeah, I know exactly how this feels.”

There are multiple laugh-out-loud moments and they’re never forced and they never miss their mark. Of course, this is also helped by the fantastic cast I talked about earlier.

As much of a triumph as this film is, it was also a huge risk. An animated kids movie personifying our emotions? It could have gone either way. Luckily, it went the clever and poignant route, walking the line between being smart but never out of reach of its audience.

It deals with matters like abstract thought and core memories that shape our personality in unique and accessible ways for people of all ages. Some things will go over the heads of younger audience members, of course, but not in a way that’s distracting or frustrating.

By depicting these very real aspects of our lives as colorful characters, imagining our personality traits as lands not unlike at Disneyland (Riley has Family, Friendship, Hockey, Honesty, and Goofball Islands, for example) and little workers inside our head acting out our dreams for us as we sleep, the audience can be both entertained and relate to the story. It’s a testament to the genius at work at Pixar Studios. 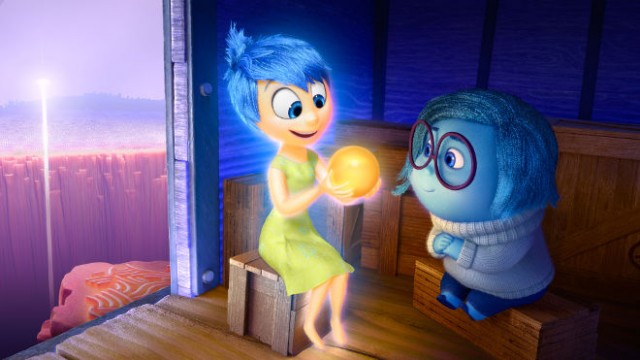 At the heart of this film is the idea that all of our emotions are important. Joy doesn’t understand what Sadness does because to her, Riley should always be happy. It’s not until later that she realizes having those sad moments only makes the happy ones sweeter.

Our emotions shape who we are and we wouldn’t be the wonderfully complex humans that we are without joy, anger, fear, disgust, and, yes, sadness. It’s an important lesson for anyone to learn, or at least be reminded of.

Director Pete Docter talked about the inspiration behind the film:

“I still have, sort of, remnant issues from having difficult times in junior high. I think to some degree that’s why I’m in animation, you know, because it was so hard talking to other people. It’s a lot easier to sit in my room and draw, because you still have something to say…so all those things kind of came together to make it a very personal film. Watching my daughter sparked memories of my own childhood.”

Having a deep theme like this is nothing new for Pixar, but this is perhaps the most human and relatable theme for them yet. It will help you learn about yourself, all the people around you, and appreciate all of your emotions, even the messier ones.

At the end of the day, Inside Out is not only one of Pixar’s best films but one of the best films of the year.