Which Is Your Favorite? 50 Characters Join Pin Mate Line. 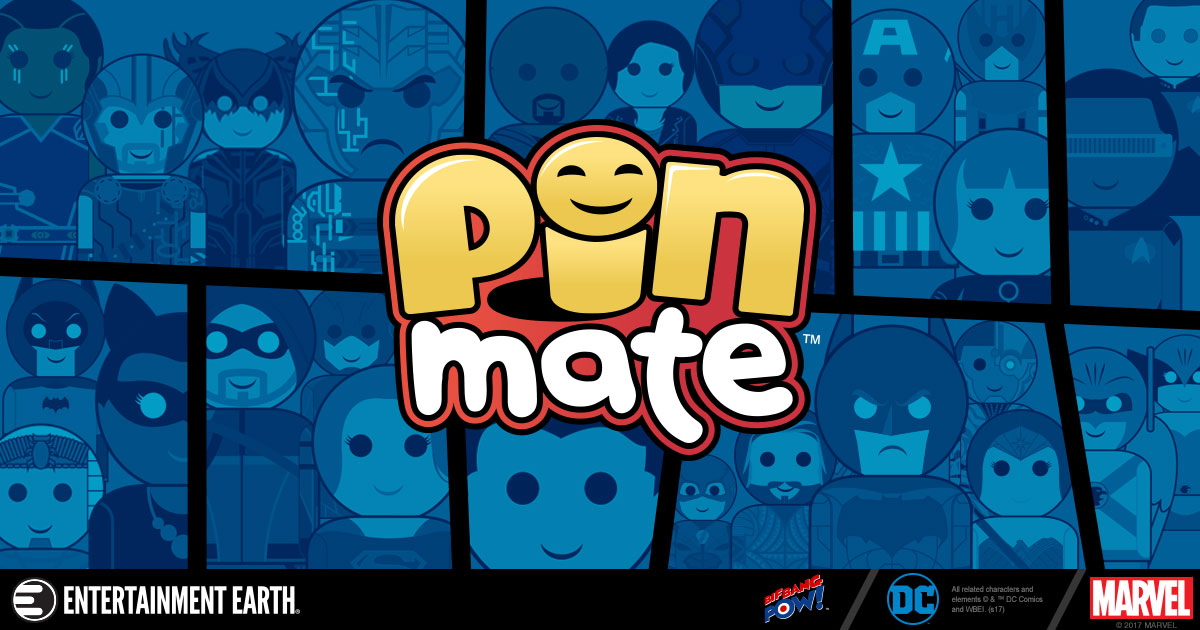 Have you heard of a Pin Mate™? If not, it’s about time you have!

Brought to you by the designers at Bif Bang Pow!, these miniature figures combine the classic fun of wooden dolls from the 1950s with some of the most popular characters to hit TV and film – all in stunning detail.

Unlike their retro counterparts, the Pin Mate line features incredible 360-degree artwork that includes hand-painted designs along with some decal elements to bring these characters to life. Plus, each Pin Mate is individually numbered within its licensed-based series. So once you start gathering these fun little guys and gals, you will want to get them all!

And as luck would have it, just today, over 50 new figures were announced as part of their Fall 2017 Pin Mate line – available for pre-order and arriving in time for the holidays.

Let’s check them out!

DC fans rejoice, as there are 26 wooden figures added to the Pin Mate line – just for you.

The Fall 2017 Pin Mate line also welcomes a second wave from the 1960s classic live-action Batman TV series. From new versions of BATMAN™, ROBIN™, and CATWOMAN™ to the brand-new figures of COMMISSIONER GORDON™, KING TUT™, and ALFRED PENNYWORTH™, each Pin Mate is numbered 84-91 in the series.

From movies and TV to the classic character versions inspired by the comics, Marvel fans have a ton to enjoy in the new 2017 Fall Pin Mate line.

New to the Star Trek Series

Have a favorite or two? Tell us which ones and why in the comments!