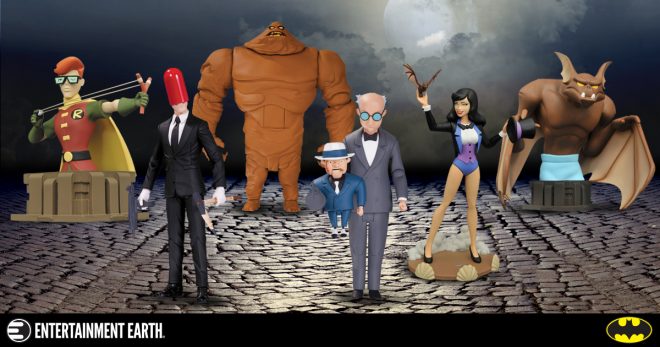 Given Deathstroke’s popularity among so many comic book readers, it’s a little surprising the supercharged mercenary hasn’t already shown up on the silver screen. He’s appeared in DC’s animated universe three (count ‘em, three) times (in the direct-to-video releases Justice League: Crisis on Two Earths, Justice League: The Flashpoint Paradox, and Son of Batman), as well as in Arrow’s third season, and even a 2010 episode of Smallville. Now that he’s headed for a multiplex near you, he’s bound to gain an even bigger following.

The conjunction of Deathstroke’s big movie break and Batman Day 2016 got me thinking: What other denizens of Batman’s world would I like to see join the DC Extended Universe?

Several villains have used the “Clayface” name, but all have the same shape-shifting powers. The best known Clayface now is probably Matt Hagen (introduced in Batman: The Animated Series in 1992). Hagen was a horribly disfigured actor who gained his metamorphosing abilities when forced to consume an untested, addictive skin cream. (Hate when that happens!)

With the right combination of cutting-edge CGI and stomach-turning squelches in the sound mix, a movie Clayface could be impressively disgusting.

The Ventriloquist and Scarface 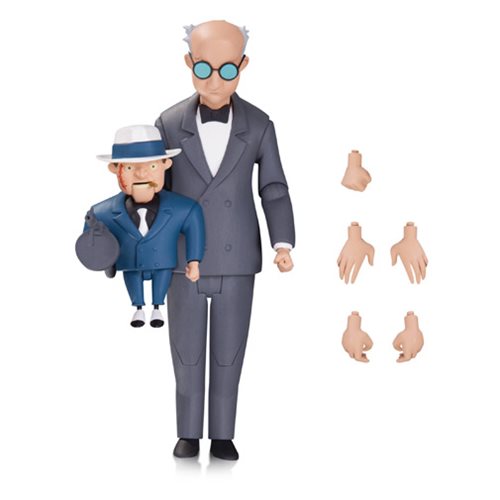 Ventriloquists are talented, but I find their acts kind of creepy. That’s mostly thanks to one really weird The Twilight Zone episode – but Arnold Wesker and his wooden dummy (carved from a tree where 313 criminals were hanged, no less) have a lot to do with it, too. It’s hard to tell who’s the real puppet master when this duo is running drug rings and gunning down those who get in the way.

I imagine Andy Serkis playing the Ventriloquist, or at the very least voicing Scarface. The man’s got a gift for bizarre character voices, and hearing him talk about Gotham’s streets “swimmin’ in “glood” would be a glast—uh, I mean, a blast!

Sure, he may look a little laughable. Is that half an oversized medicine capsule on his head, or what? But this Red Hood (not the original nom de crime of The Joker, and not the resurrected Jason Todd out for revenge—several DC bad guys have used this nom de crime, too) is a terrorist deadly serious about robbing, bombing and burning Gotham into submission to his nihilistic philosophy.

If played by a strong actor who’s given a good script, this “New 52” take on Red Hood could drive a Batman film every bit as socially relevant as any in Christopher Nolan’s Dark Knight trilogy.

The glamorous illusionist who has inherited real magical powers from a long line of sorcerers and seers, “Zee” taught Bruce Wayne how to escape from traps that might have held back even Houdini. She was slated to be one of the DC supernatural superheroes in director Guillermo del Toro’s Justice League Dark movie, but that project has become—presto chango!—another direct-to-video animated feature, and del Toro has vanished from its helm.

Still, with Marvel’s Doctor Strange movie on the horizon, maybe we have reason to hope DC will one day pull a Zatanna movie out of its hat. Who would you cast as the beautiful, backwards-spoken spell-casting magician?

From the panels of Frank Miller’s game-changing 1986 graphic novel The Dark Knight Returns, Carrie Kelly seems tailor-made for this moment in movies. Young female heroes from The Hunger Games’ Katniss Everdeen to Star Wars’ Rey and Jyn Erso are proving that female and male audience members alike will cheer for women and girls who take the lead in taking action! That’s just what Carrie did when she decided to take on the mantle of Robin and sought out Batman—finding him just in time to give him a much-needed edge in a battle against the Mutants wreaking havoc in the book’s near-future, dystopian Gotham City.

Equally handy with computers and a slingshot, confident and courageous, Carrie Kelly is the next Robin I want to see at the cinema. That’d be aces.

I’ve saved my personal favorite for last. Why no live-action Batman film has yet brought the tragedy of Dr. Kirk Langstrom to the screen is beyond me (apparently Joel Schumacher considered and rejected it—that’s probably for the best). Inspired by the Dark Knight’s example to invent a serum that would give him a bat’s natural abilities, Langstrom instead ends up a grotesque hybrid of bat and human being—sometimes a friend, sometimes a foe, but always on the brink of madness.

Modern movie makeup on an outstanding actor could show us Langstrom’s Jekyll-and-Hyde-like transformation in realistic and riveting ways. And having Batman challenge a twisted “reflection” of himself opens up some potentially fascinating character insights.

Which Batman villain who hasn’t been in a live-action feature film would you most like to see onscreen, and why? Let us know in the comments below!