Few authors have built a world as extensive and beloved as J.R.R. Tolkien. From The Hobbit to The Salmarilion, his characters, worlds, and mythos are carried in the hearts of most members of the geek community. If humanity had the ability, most of us would be walking around with our very own Samwise to remind us on the darkest of days that we are not alone. To celebrate his legacy, we’ve pulled some favorites for you on this, the Tolkien-ist of days. 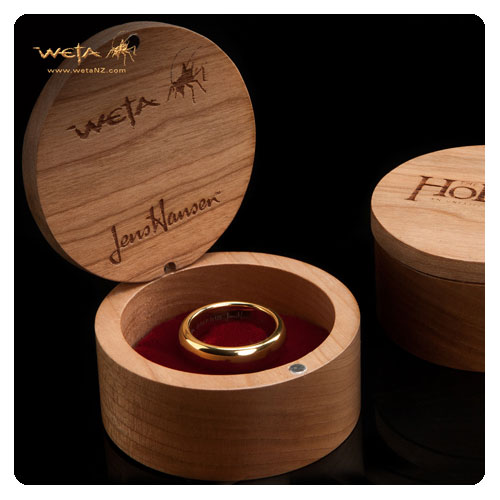 Lady Galadriel not only denied the temptation of the ring, but she also made sure the poor saps that she was pretty sure were going to die at least left her forest comfortable. It is her light that Sam uses to save Frodo during the Lord of the Rings trilogy. Just say no to giant spiders, fantasy writers. Just say no!

Within the noble city of Gondor lies Minas Tirith. The fortified city hosted one of the greatest battles in the age of man, and you, too, can defend your keep from tiny orcs! This lovely statue is crafted by artists who worked on the film trilogy itself, so you can rest assured that every detail is there.

You’ll have his bow! Legolas Greenleaf, friend to both Dwarf and man, and surprisingly sassy for a prince of the woodland realm can now come home with you in plush form. You know, for when you want to recreate him shield surfing while shooting orcs in the eye sockets with expert marksmanship, but you don’t want a doll with pointy edges lest someone actually get hurt! 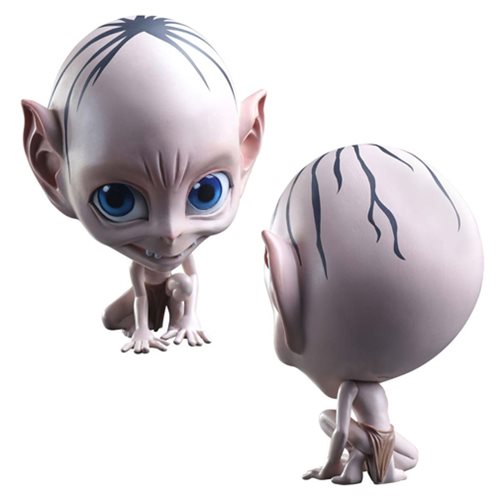 Have you ever looked at something and found it so terrifying that it’s kind of cute? That’s exactly how I feel about this Gollum statue. It’s horrifying, but it’s also kind of adorable? You just want to protect him from the world and tell him that everything’s going to be okay. Maybe he’ll make you some fish?

Film cells are typically stunning, but with the beautiful work that went into The Lord of the Rings trilogy, it’s hard to beat these. Featuring cells from each of the three films, you can see both posters and stills alike from the cinematic classic all wrapped up in a beautiful frame. Because the strips vary from piece to piece, you can also guarantee that what’s hanging on your wall will be one of a kind!

Geography’s always been pretty sweet. There’s something to be said to just knowing the lay of the land whereas our ancestors had to go and, well, discover stuff. You know what makes geography even cooler? When it’s your favorite fantasy lands that you’re learning. With this The Hobbit 4D cityscape puzzle, you can do just that by bringing the land to life and seeing just where Bilbo and his friends adventured to!