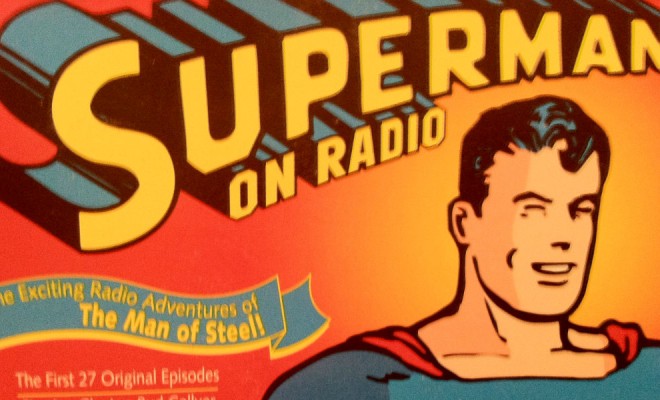 75 years ago today, those words were broadcast on the radio, and Superman found his way into the hearts of people across the nation. The hero from Krypton leapt from the pages of Acton Comics #1 onto radio waves. You can listen to the first episode below.

The Adventures of Superman (originally titled simply Superman) first premiered on February 12, 1940 on New York City’s WOR AM. It found its way onto 11 other stations by pre-recorded transcription disks. Three days a week, people could tune in and listen to Superman’s latest adventures for 15 minutes (the length of the episodes later increased).

Kal-El, the Kryptonian name of Superman, was already popular in comics but this radio broadcast was a way for DC to increase Superman’s visibility. Not everyone read comics but even those who didn’t could become fans of Superman with the radio show.

Clayton “Bud” Collyer was the voice of our hero, shifting his voice to differentiate between mild-mannered Clark Kent and heroic Superman. Joan Alexander was hard-hitting reporter Lois Lane, and love interest of Superman. They were so popular in the roles that they also provided their voices for the roles in the Fleischer animated shorts of the early 1940s. They played them again for a third time in Filmation’s animated series The New Adventures of Superman from 1966 to 1970.

The radio show ended on March 1, 1951 with a massive 2,068 episodes airing in total. The radio show had introduced ever-lasting features like Perry White, Jimmy Olsen and kryptonite, as well as the first team-up between Superman and Batman and Robin.

First Episode of The Adventures of Superman