This Katanako Samurai Statue is Ready to Defend Earth!

It’s the year 2020… dragons have descended from space to invade our precious earth! As they spread their harmful flowers called Flowaro to poison humans and mutate animals into hostile monsters, Unit 13 is Earth’s only hope! This Katanako Samurai Statue represents one of the strongest classes in Unit 13.

This brave warrior is made of PVC and stands approximately 8-inches tall. She is balanced on a piece of destroyed road infested with the Flowaro flower. In one hand she holds her trusty katana sword and on the other, she is outfitted with her protective gear. She is outfitted in her signature sailor fuku (sailor outfit school uniform) and asymmetrical stockings that are worn and tattered by the many battles she has fought. As a final touch, her hair is sculpted blowing beautifully in the wind as she eyes the next dragon she must destroy! 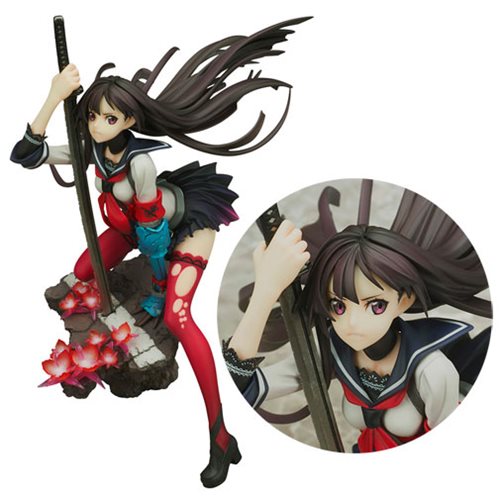 Collectibles Statues
Related Items7th dragon 2020AnimeflareKatanaKatanakoSamuraiVideo Games
← Previous Story No Squadron Is Complete without This Pola Nendoroid!
Next Story → Claim Your Victory With These Overwatch Heroes!