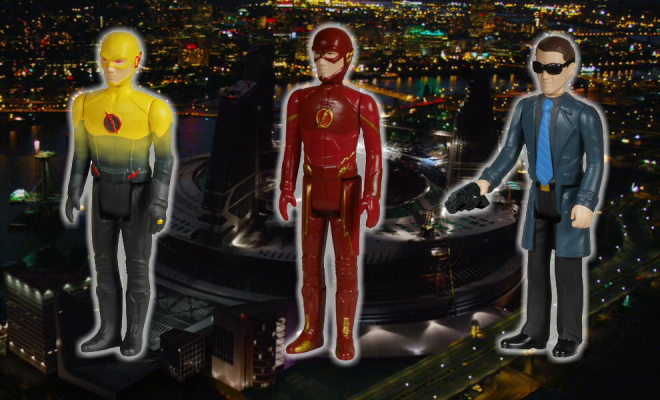 The Flash may be a 21st century television series but it’s getting a retro makeover, thanks to Funko. Check out these brand new Flash TV Series ReAction Figures in all their glory!

Barry Allen is the fastest man alive and hero of Central City. Wearing his maroon suit with gold lightning bolt accents, he’s ready to zoom into your collection. Featuring the likeness of actor Grant Gustin, get ready to keep an eye on this figure before he’s out of sight!

Drumroll please for the next ReAction… He’s the mysterious speedster in yellow, he’s followed everywhere by a red streak, he is… the Reverse Flash! A dark character who’s been involved in Barry’s life since he was young, his eyes glow red and he’s ready to prove himself as the fastest speedster there is. He dons his yellow and black suit with accents of red.

If the Reverse Flash wasn’t enough for Barry to deal with, here’s that pesky and chilling Captain Cold! Based on the likeness of Wentworth Miller, this figure is clothed in blue and wearing his goggles. Captain Cold comes with his infamous freeze gun accessory. He’ll be perfect for your collection, just watch out for his thieving tendencies!

The action figures feature 5 points of articulation and come in blister card packaging.

No need to have a S.T.A.R. Labs ID to get these action figures, currently available for pre-order at Entertainment Earth and expected to arrive in July 2015! 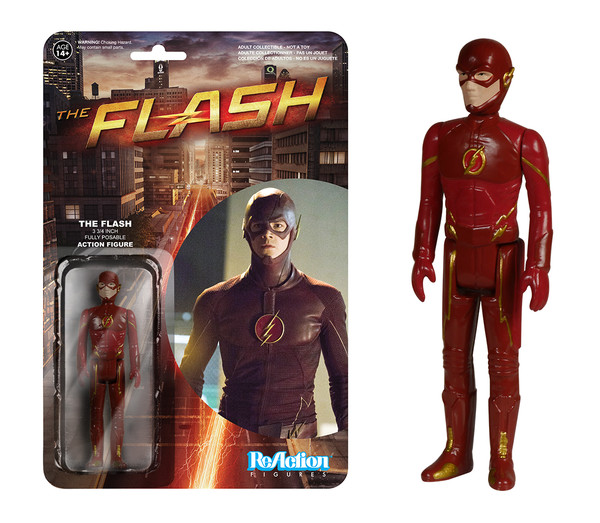 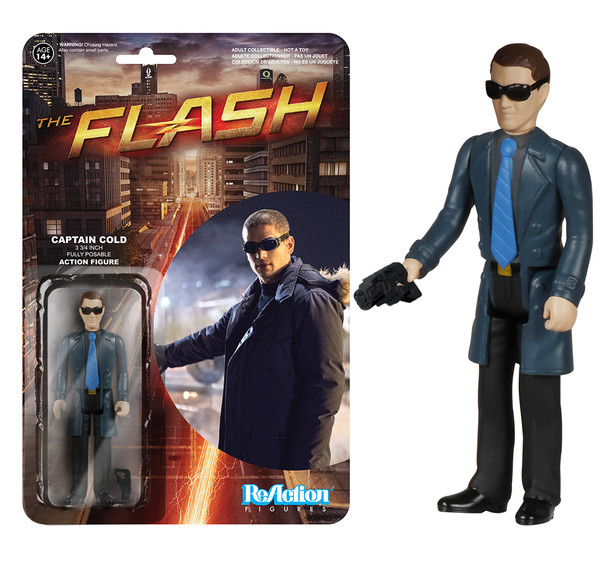