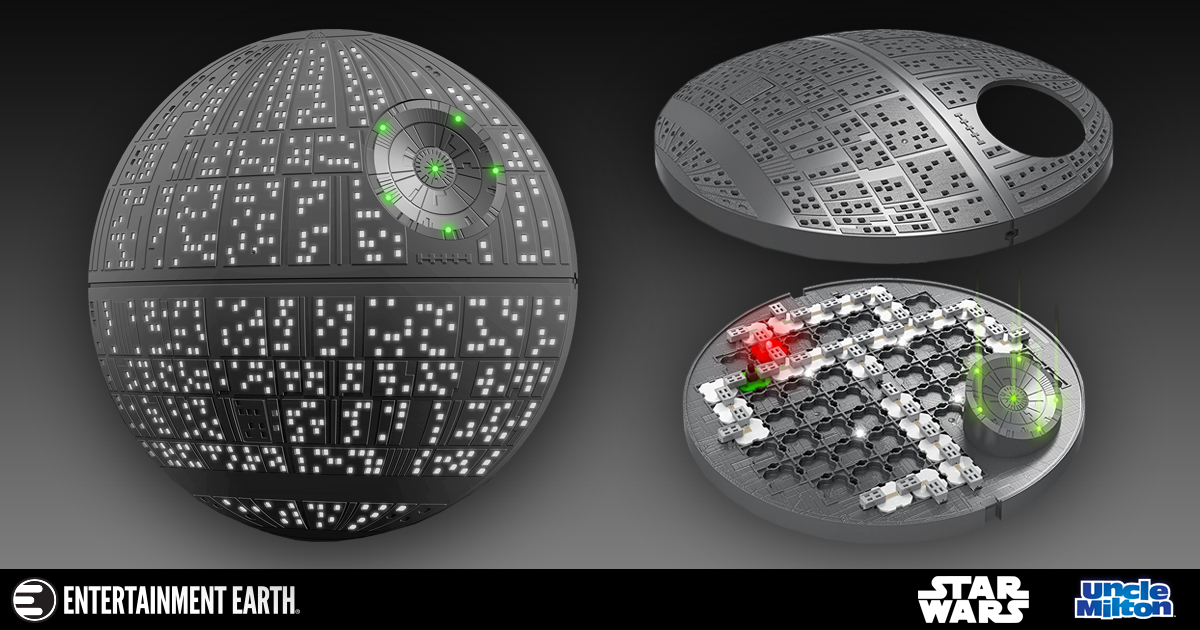 Rogue One: A Star Wars Story proves (as though we had any doubts) that the Galactic Empire had no use for pure science – only researchers willing to apply their knowledge for evil, freedom-crushing ends needed apply (as poor Galen Erso found out)!

Fortunately, the Star Wars Death Star Electronics Lab from the science enthusiasts at Uncle Milton is no technological terror, but a fun way for budding scientists to gain hands-on training in electronic circuitry.

A 12-by-12 inch circuit board model of the Empire’s first mobile battle station, this lab kit includes 20 experiments that will entertain, challenge, and educate Star Wars fans age 8 and up in real-world STEM concepts. Following the step-by-step instruction guide, they can snap together the 75 capacitors, switches, transistors and more in various configurations to activate LEDs and trigger such authentic sound effects from the Star Wars films as klaxon alarms, the blast of the station’s planet-killing super laser, and even Darth Vader’s breathing machine!

Best of all, no kyber crystals were harmed in the construction of this Death Star! It runs on 3 AAA batteries, not included. (Also not included: any secret design flaws rebels can exploit to blow the whole thing up.)

You can’t use the Death Star Electronics Lab to blow up Alderaan or keep the local systems in line. On the plus side, you’re guaranteed to learn a lot more useful lessons from your Death Star than the Empire ever did from theirs.

We think it’s fair to say this lab kit is now the supreme power in the electronics circuitry teaching universe – we suggest you use it. Order yours today!

Collectibles Fun Collectibles
Related ItemsDeath StarRogue One: A Star Wars StoryStar WarsStar Wars Rogue OneUncle Milton
← Previous Story 5 Phenomenal Collectibles to Celebrate the Legacy of the Undertaker
Next Story → You Need This Iron Man Armor! No, You Didn’t See This in the Movies