Can You Survive Acid Rain?

From Kit Lau and Ori Toy comes the Acid Rain World, where there’s no telling what dangers lurk behind every corner. Delve into the gritty world of Acid Rain, a new series of figures and vehicles that appear as a cross between World War II and military mechas. Headlining as ‘the war under pollution,’ this high end line of 1:18 scale figures creates an alternate universe. While the Second World War ended in 1945, it continues in Acid Rain.

Endless battles pollute the environment. Warring factions fight with soldiers and transforming vehicles in this amazingly detailed universe. Civilization is destroyed and survival seems hopeless. With mechanic armor, humans struggle to defend themselves in Acid Rain.

“Acid Rain is not only a story about war, it’s more about the ridiculous phenomena we are now experiencing on a daily basis. It’s about how these ridiculous things get ‘normalized’ and used by us,” says Lau. “We all look like one of the many screws in the big machine of society, but are we just as much as a screw? I hope via reading story we can have some thoughts about it.” 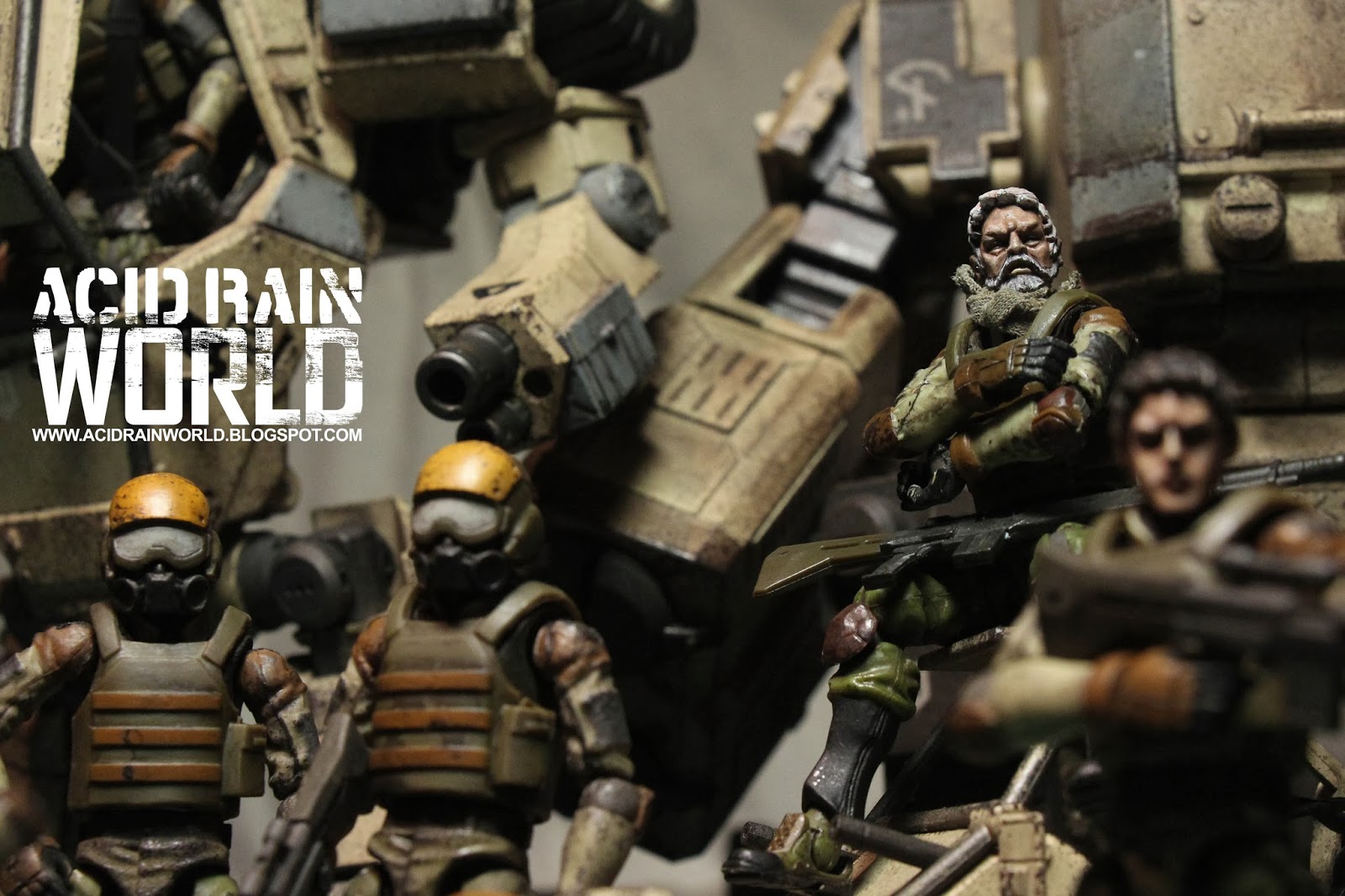 Lau updates a blog telling the story of the war in this new universe. The blog updates a literary story as well as posting sculpt and product updates, taking you on a journey through both the war and the production process. Lau updates consistently, providing fans with a lot of content to further build this universe. Fans can be a part of the process by following the blog.

The detail shown to these figures shines in articulation, paint detail, and accessories. Wrists, ankles, knees, heads, and elbows are capable of moving on the action figures. This ability allows an infinite amount of posing possibilities for pictures or display. Figures come painted and weathered, showcasing the battle worn aesthetic of their environment. With rust and black wash details, the figures look to be taken directly from the battlefield.