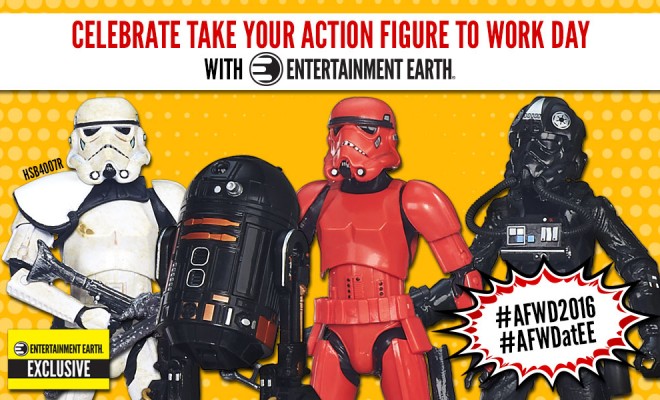 In honor of the third annual Action Figure Work Day, we’re hosting not one, but two contests this week!

Get ready to have some fun and the chance to win a great prize.

What: We will be posting image(s) on Facebook and all you have to do is comment with a caption! The person with the most likes on their caption will win. In the case of a tie, EE will be the tie-breaker.

Extra: Use the hashtags #AFWDatEE and #AFWD2016. You MUST use these to be considered.

You must be over 18 and residing in the United States at the time of entry.

Good luck, and have a fun Action Figure Work Day!