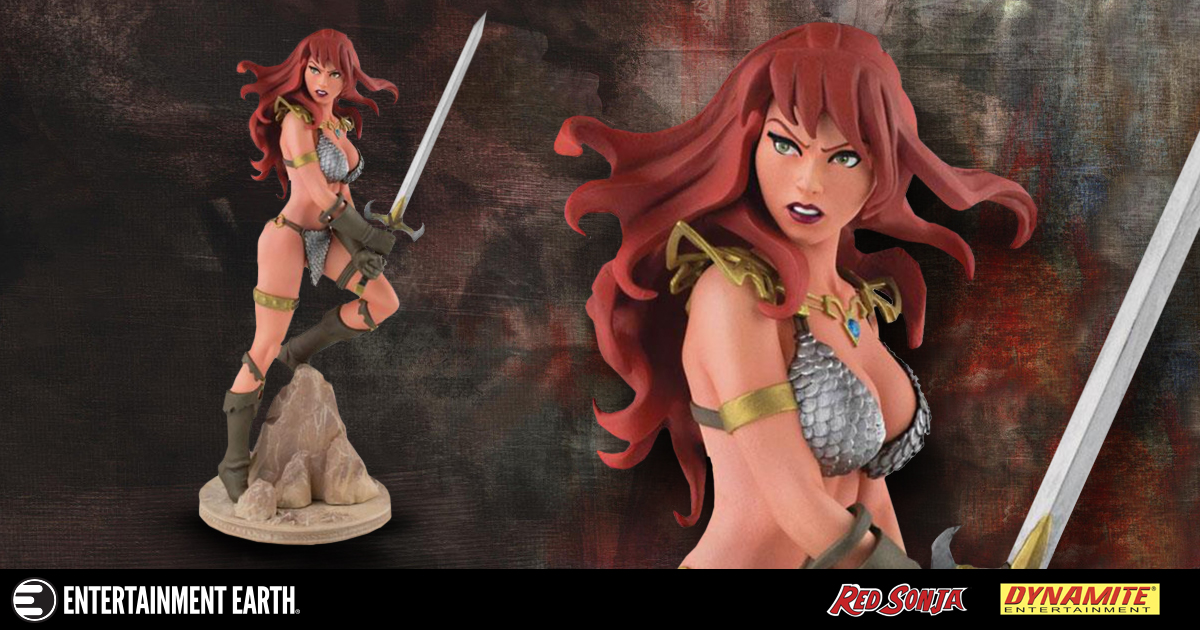 The world of Sword-and-Sorcery never had a greater hero than Red Sonja. The heroic fighter, granted unearthly fighting powers from the red goddess Scathach, fights for the justice that her family never got to see when they were brutally cut down by raiders. Whether on her own or teamed up with the legendary barbarian, Conan, she is a force of nature that few dare try to tame. Red Sonja has come to fan in many forms, from Robert E. Howard’s original swashbuckling character, Red Sonja, to the more well-known barbarian fighter that has even been seen on the big screen.

This Red Sonja Amanda Conner Statue brings the She-Devil with a Sword to life in a way like never before. Sonja’s most well-received form is as she is illustrated by legendary artist Amanda Conner. Conner has been the illustrator behind such heroines as Harley Quinn, Vampirella, and Power Girl. But it is her depiction of Red Sonja that might stand the longest test of time.

Depicted just as is on the cover of Red Sonja: The Black Tower #1, this statue is exact to the smallest detail. Making this iconic image three dimensional was no easy task, but sculpture Jason Smith has done a tremendous job. Standing at 7 ½-inches tall and with the base measuring in at 3-inches wide, this high quality resin statue shows Amanda Conner’s vision of Red Sonja at her very finest. This limited edition statue isn’t available just yet, but it can be pre-ordered from Entertainment Earth today!

Collectibles Statues
Related ItemsAmanda ConnerConanDynamiteDynamite EntertainmentRed SonjaRobert E. HowardStatue
← Previous Story Travel to Infinity and Beyond with These Toy Story Egg Attack Statues – Preview Exclusives!
Next Story → These Action Figures Are So Amazing That Even Dead Men Want to Tell Tales about Them