This Statue Is Ready to Explore New 52’s Atlantis 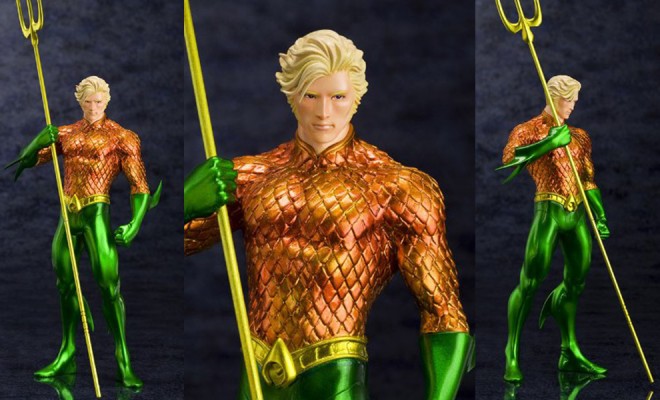 As popular as he is critically acclaimed in the pages of the Aquaman comic book series from The New 52, the Aquatic Ace is represented with fantastic detail in this statue. Arthur Curry’s alter ego stands 8-inches tall in ArtFX 1:10 scale, sculpted by master artist Guotaro Takeuchi.

Aquaman’s iconic costume is represented in stunning details. From the intricate overlapping scales on his metallic-orange torso armor to the pointed fins on his green pants and gloves, this water-dwelling hero is the perfect addition to your collection. The muscular Dweller-in-the-Depths holds his mighty trident with ease. He calmly stares down all who threaten his rule from under wavy blonde hair. Like the other Justice League members in this line, the Aquaman New 52 ArtFX Statue has magnets in its feet for stability on the included display base.

The King of the Seven Seas is available at Entertainment Earth.