Battle-bloodied Batman! You’d have to be an inhabitant of Arkham Asylum not to want this fantastic statue of the Dark Knight. Based on the bestselling, critically acclaimed video game Batman: Arkham City, the impressive resin sculpture stands about 10-inches tall. Poised for battle, the monochromatic Caped Crusader appears on an Arkham City display base, with bloodied fists from pounding the hoodlums of that institution. The detailed statue prominently features bulging muscles and impressive armor. He holds his Batarang in bloodied fists, intent on stopping crime. Batman has nine pouches on his utility belt. His epic cape billows in the wind as he focuses on the fight ahead of him.

The 2011 action adventure video game, Batman: Arkham City, is the second installment of the Batman: Arkham series. Based on the long-running story arc from DC Comics mythos, Batman becomes incarcerated in the super-prison, Arkham City. He must uncover the plot behind the sinister “Protocol 10” before it’s too late. Kevin Conroy and Mark Hamill reprise their voice over roles as Batman and the Joker, respectively. 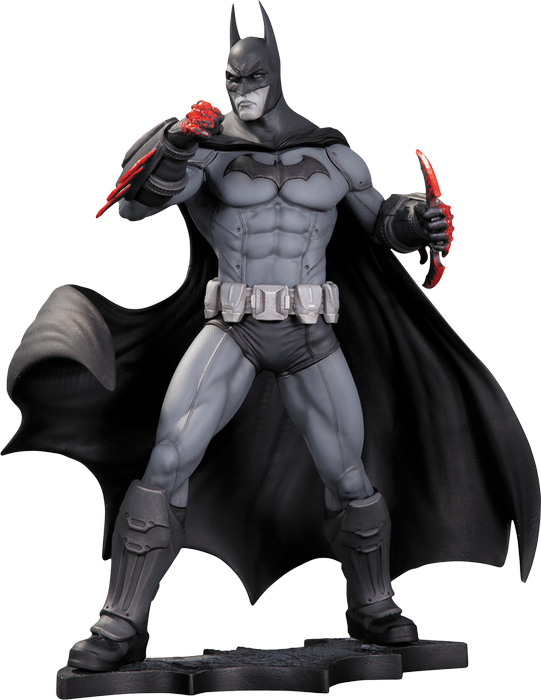