Celebrate Your Astro Boy Fandom with This Mafex Action Figure 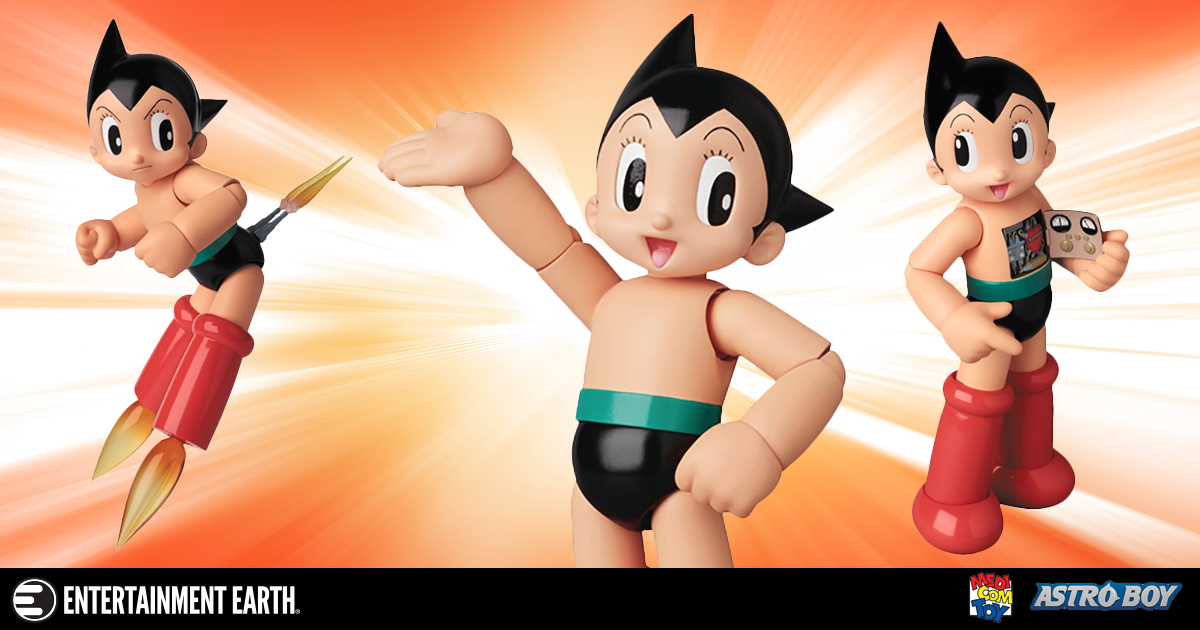 Since the robot boy’s creation in Japan in 1952, Astro Boy has kept going strong. Created as a Japanese Manga series by writer and illustrator Osamu Tezuka, the series ran as Mighty Atom in the Weekly Shonen Magazine until 1968. The character became known as Astro Boy in the animated TV series that also became a hit in the United States. It was the first TV series to animate in the style known as anime, entertaining audiences with the adventures of the mechanized superhero. Since then, the character has starred in a remake of the series called New Mighty Atom in the 1980s, though it was also known as Astroboy. It was followed by another television series in 2003 called Astro Boy: Mighty Atom. October 23, 2009, saw the release of an animated movie, and yet another TV series is in the works.

Meanwhile, the latest item for Astro Boy fans and collectors is the MAFEX Astro Boy Action Figure, due out in October 2018 by Medicom. Standing at 6-inches, the figure allows you to move it into various poses, and to use three different facial expressions and interchangeable eyes to give Astro Boy a variety of different looks, ready to fight crime at any moment. A jet flame effect from his feet and lower back is also part of the fun, as well as eyes that act as searchlights. You can also replace Astro Boy’s torso with one that shows the robot’s inner workings. A stand allows you to place the figure wherever you choose.

The fun is endless with the Astro Boy MAFEX Action Figure from Medicom, so order now.