These Pop! Vinyls Give Humanity a Grim Reminder

On that day, mankind received a grim reminder. We lived in fear of the titans, and were disgraced to live in these cages we called walls.

Fans of the exciting anime series Attack on Titan AKA Shingeki no Kyojin have a lot to be excited about between the upcoming second season and the live action film.

Until those come out, show your Titan side with the Attack on Titan Pop! Vinyls! These stylized 3 3/4-inch figures present protagonist Eren Jaeger, his sister Mikasa Ackerman, and 2 Titans as Pop! Vinyl figures.

Eren and Mikasa wear their Survey Corps uniforms, complete with 3-D maneuver gear. Also available is, spoiler alert, Eren Jaeger’s Titan form. The impressive Colossal Titan rounds out the group as a super-sized 6-inch figure in all his muscled glory.

These fearless Pop! Vinyls are currently available for pre-order at Entertainment Earth and are currently scheduled for arrival in May 2015. 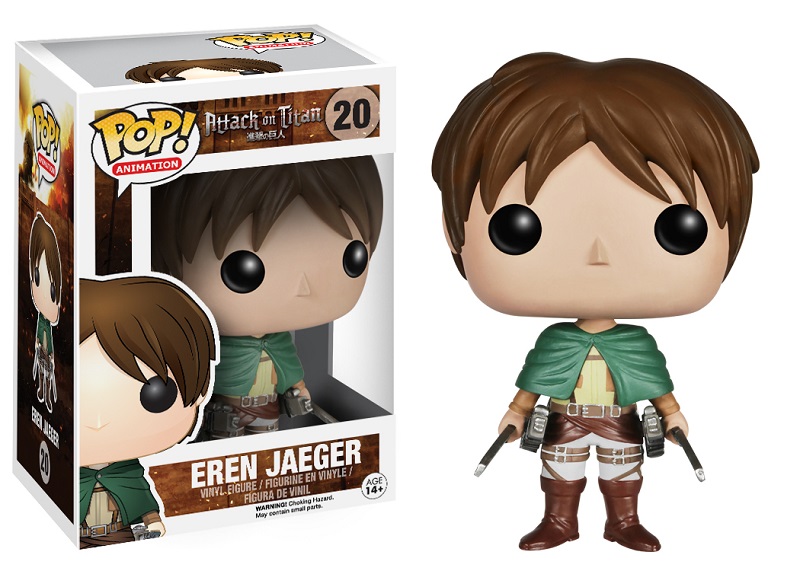