Watch the Titans Come to the Silver Screen 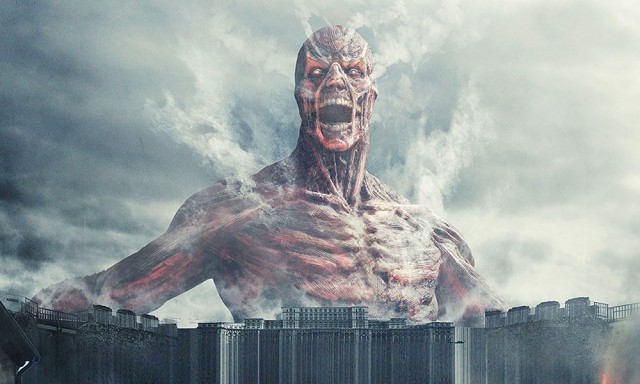 We told you about the film production, showed you the first footage, and shared the first trailer, and announced the live action television series, but we’re not done yet!

Check out the second trailer for the upcoming Attack on Titan live action film!

The extremely popular anime (also known by the title Shingeki no Kyojoin) translates beautifully to the silver screen. The landscapes show the scope of desolation that affects the inhabitants of Walls Maria, Rose, and Sina.

If you don’t speak Japanese, don’t worry! The audio retells the basic plot:

The story of Attack on Titan takes place in a world where the remnants of humanity live inside a series of connected cities, isolated by enormous walls. These walls exists to keep the Titans out, gigantic humanoid creatures who devour humans seemingly without reason. These Titans have reduced the world’s population to staggeringly low numbers.

The dusty brown hues speak to the apocalyptic nature of the series and the Titans are truly terrifying. They tower above our protagonists, muscles sinewy and exposed.

The second trailer truly looks like a war film. Citizens run scattered as the Titans break through the city. Members of the Survey Corps salute in their matching jackets, 3-D Maneuver Gear on their hips. While we haven’t yet seen the 3-DMG in action, it will be epic if done well.

What do you think of this thrilling new trailer? Share your thoughts in the comments!

Entertainment Movies
Related ItemsAoTAttack on TitanEntertainmentGalleryShingeki no KyojinSNK
← Previous Story Will a Mystery Finally Be Uncovered on The Flash?
Next Story → See What Surprises the Star Wars Rebels Panel Revealed at Celebration