Great Mazinger Die-Cast Action Figure Looks Great Inside and Out 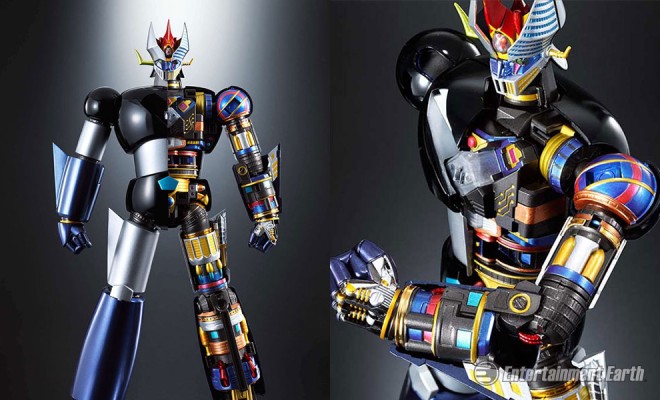 Get ready to see every detail, including the inside, of one of your favorite robots with the Great Mazinger DX Soul of Chogokin Die-Cast Metal Action Figure from Bandai Tamashii Nations!

Based on the manga and anime series Great Mazinger, this epic 13-inch tall action figure depicts the titular robot with gorgeous color and detail. The shiny coat of paint glimmers and gives him a realistic and futuristic appearance.

The figure hails from Bandai’s popular and respected Soul of Chogokin line which first began in 1997. Given it has such a great history behind it, you can be sure that this figure will be one of quality.

Whew! And that’s not all!

It also has a complete set of removable armor plates to show the inner-workings of the robot which is so cool.

The best Mazinger figure around is currently available for pre-order at Entertainment Earth with an expected arrival of January 2016 and free shipping.