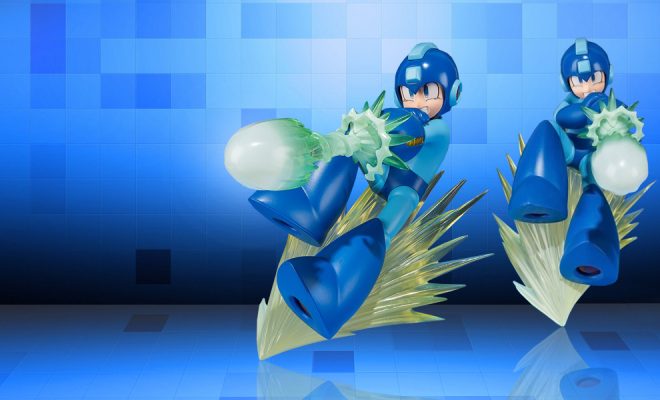 Bandai’s FiguartsZero statues are great at capturing the dynamism of characters, and the new Mega Man FigurartsZero Statue is no exception! The FigurartsZero series has the same sleek, high-fidelity look of Bandai’s S. H. Figuarts poseable figures, except in statue form, allowing for some super creative pieces!

This versatile little fighter has been sculpted mid-battle, firing his Mega Blaster to great effect. Special effects have been sculpted out of clear plastic to capture the action pose. Mega Man is almost 5 inches tall, and any way you look at the statue it has a lot of visual punch. Complete with display stand, this will be a must-have for fans of the long-running video game series.

You can find the Mega Man FiguartsZero Statue at Entertainment Earth, so pre-order now for delivery in February!