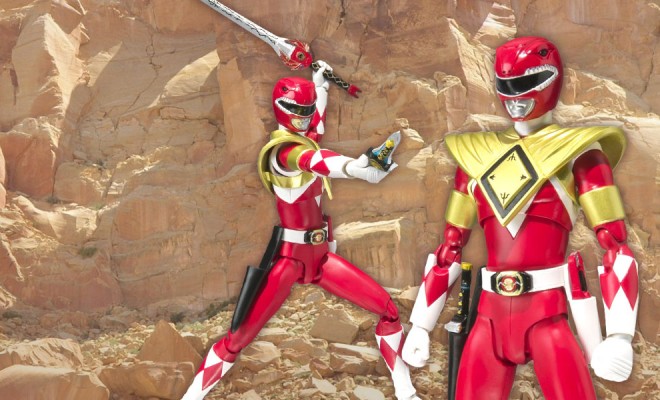 With the power of the Green Ranger, Jason Scott is able to become an even more powerful Red Ranger, commanding both the arsenal of the Green and Red Ranger.

This awesome 6-inch figure shows the great ability and power of this Ranger, featuring multiple points of articulation and exciting detail.

Jason wouldn’t be nearly as cool without his accessories, so check out the Power Sword, Dragon Dagger, Blade Blaster, and interchangeable hands that come with this figure to make the most of it.

Become the heroic Ranger you were meant to be with this figure, available at Entertainment Earth where in-stock orders of $79 or more receive free shipping.