March to a Different Tune with This Samurai Stormtrooper 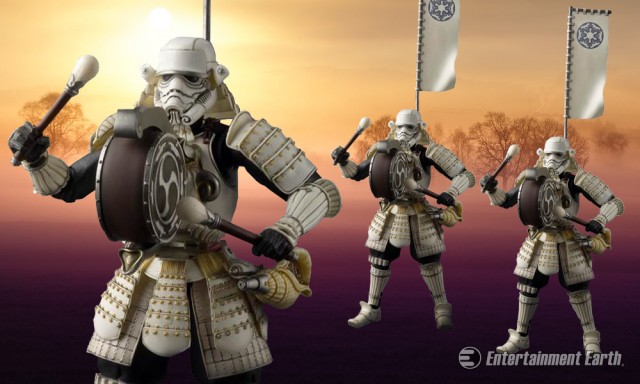 As the name suggests, Taiko Yaku comes carrying a Japanese war drum (“taiko”). Fashioned at his waist is a conch shell, ready at any second to signal troops to attack! Traditionally, the Taiko Yaku was a vital member who kept the rhythm and maintained the troops formation.

Let this seasoned Stormtrooper keep your Star Wars Movie Realization collection in line! Available for pre-order at Entertainment Earth, this figure comes with Free Shipping and is expected to arrive in August 2016.