Japan’s Biggest Hero Is Coming to Your Home! 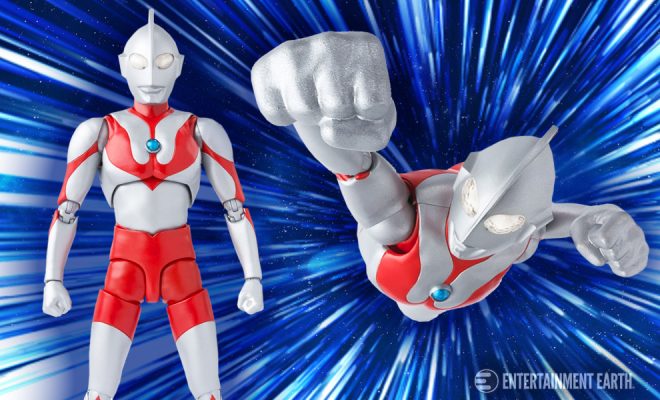 There’s no hero more epic than Ultraman. This 50-foot tall hero of Japanese legend is turning 50 this year, and Bandai Tamashii Nations is helping you to celebrate the half-century birthday of Ultraman with this amazing Ultraman 50th Anniversary Edition SH Figuarts Action Figure!

Ultraman used gigantic monster costumes, known as kaiju in Japan, to bring high-stakes action to life. Ultraman himself was an alien life form that rescued humanity time and time again from massive creatures that could destroy buildings with the flick of a tail. This scrappy alien who used energy powers and martial arts to smash his enemies is a hero beloved all over the world.

With all these accessories, this highly poseable figure can be shown in so many contexts that the action will never end. There isn’t a collection out there without an Ultraman component, so you need to make this 50th Anniversary Edition Figure yours today! You can pre-order with free shipping at Entertainment Earth!