The Bat is Back – as a Batman Postage Stamp!

Someday, Batman will save Gotham again and his face will be on a postage stamp. Wait – that day is sooner than ever imagined!

The caped crusader made his way onto the latest postage stamp just in time for New York Comic Con. The ceremony to issue the limited edition Batman postage stamps coincides with the New York City Comic Con kickoff on October 9.

“The U.S. Postal Service has a long history of celebrating America’s icons, from political figures to pop-culture’s most colorful characters,” said Nagisa Manabe, USPS Chief Marketing and Sales Officer. “We are thrilled to bring Batman off the pages of DC Comics and onto the limited edition Forever Batman stamp collection, marking his place in American history.”

The special-edition Batman postage stamps will feature 4 Batman designs from 4 different eras. Check out Batman’s heroic origins in Gotham City in 1939 alongside his gritty modern self with these stamps. The famed Bat emblem is also showcased as 4 incarnations: the Golden Age, Silver Age, Bronze Age, and Modern Age.

The ‘Forever’ stamps come in sheets of 20 and are currently 49 center each but will be legal postage even if postal rates increase.

“Over the past 75 years Batman has captured the imagination of fans around the world — from comic books to television, film, video games and beyond,” said Jim Lee, renowned comic book artist and co-publisher of DC Entertainment. “Today Batman is more relevant than ever and his popularity continues to expand, reaching the generations to come in the next 75 years and beyond.”

What a way to celebrate Gotham’s Dark Knight. 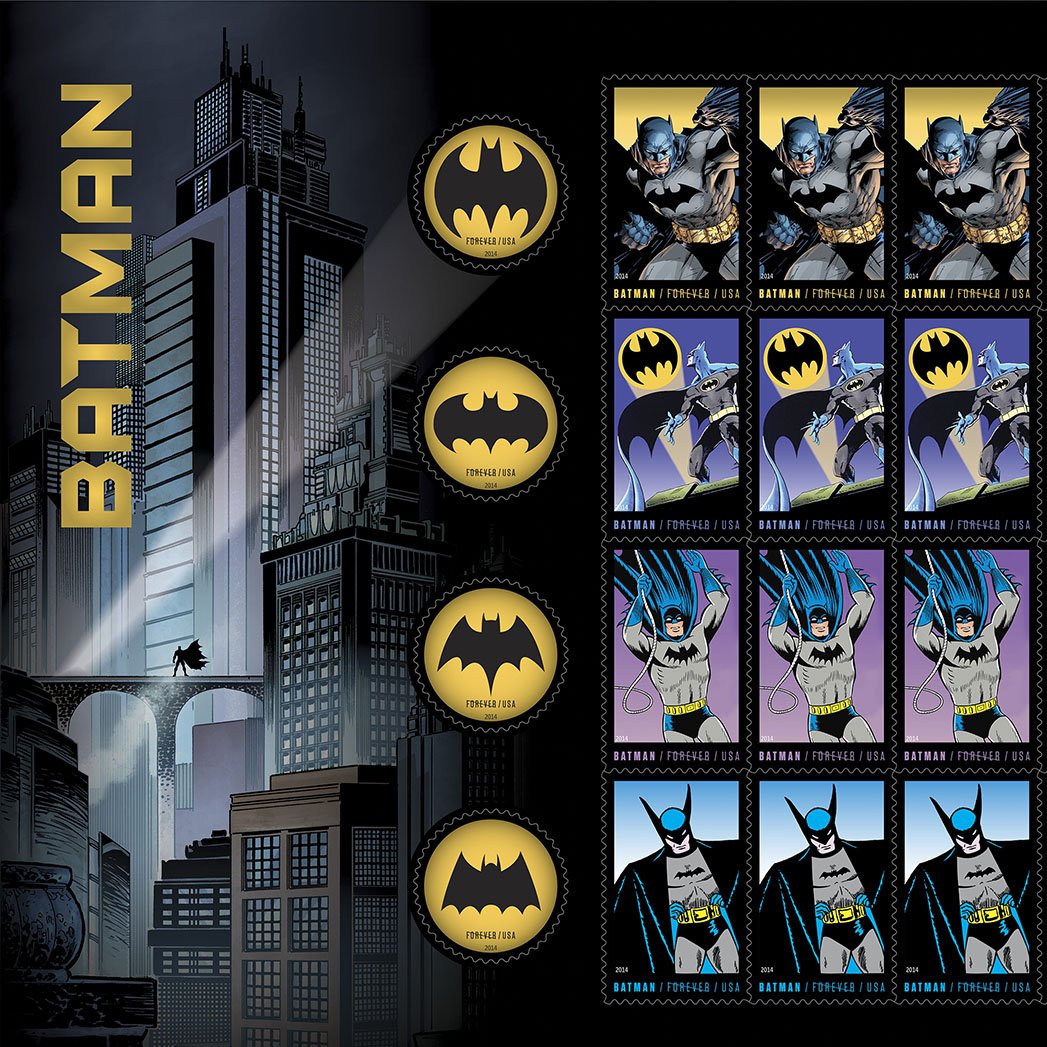