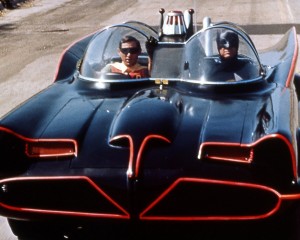 Each Batmobile die-cast vehicle comes with a unique 3-D lenticular backdrop that creates a detailed scene of the Dark Knight and his vehicle. Featuring additional metal castings for extra detail, including gadgets, each vehicle also comes with an informative 12-page magazine that looks at the history of the vehicle – and Batman himself. If you’re a fan of the TV series from the 1960s with Adam West as Batman then these Batman TV Series 1966 Vehicles are a must-have piece for your collection.

The #49 Batman 1966 TV Series Batcopter Vehicle is nothing short of awesome. It showcases the totally awesome round Batcopter in bright red. The Batman TV Series 1966 Classic Batcopter is currently available for pre-order and is scheduled to arrive in March 2015.

The Batman 1966 Classic TV Series Batcycle Vehicle makes a welcome addition to any collector of the Caped Crusader! The classic Batcycle features a black, white, and red decor for enthusiasts to enjoy.

Continue your collection with Batgirl’s bike from the classic 1966 Batman TV series! The effervescent superheroine needed a ride so she moves through Gotham on this purple Batgirl bike.

The Batman Automobilia Collection is a series offering Batman fans and model car enthusiasts alike the chance to collect the most iconic vehicles ever driven by Batman, featuring Batmobiles from the hit TV shows, the blockbusting films, and 70 years of comics. Each model is accompanied by an exclusive collector’s magazine. 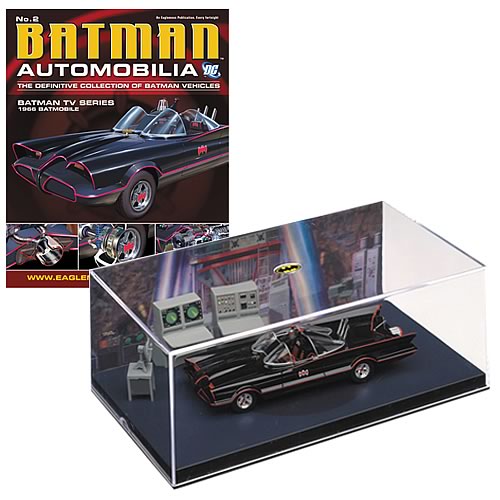